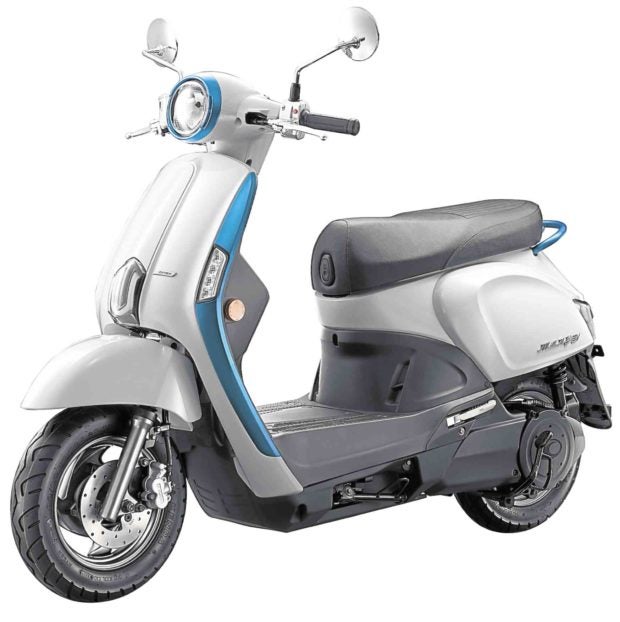 Motor vehicles are going electric and motorcycles are no exception.

And one of the companies betting on the possibility that Filipinos will prefer the more environment-friendly electric scooters to their gasoline-powered counterparts is Taiwan-based Kwang Yang Motor Co. (Kymco).

Recently, it unveiled its Ionex scooters, which can be charged every day, in the comfort of one’s home.

“Imagine there’s a phone today that you only have to charge once a week, what would it be like?” Allen Ko, chair of the Kymco Group, asked representatives of the Philippine media during a recent discussion in Taipei, “First, it’s going to [cost] double. Second, it will be bigger and it will be heavier. Would you buy it because you only have to charge it once a week?”

Most probably, according to him, you wouldn’t.

Similarly, one would not likely buy an electric scooter that only needed to be charged once a week for the same reasons.

The Ionex scooters can be charged every day or every night in the comfort of buyers’ homes, like how mobile phones are powered up.

Batteries are charged at night and so buyers can wake up to a scooter ready to take on the road.

The scooters are designed to run on just one removable battery, so the other one can be left at home to charge.

Charging time is not a problem since it will only take four hours to fully charge one removable battery, from 0 to 100 percent.

But just like mobile phones, Ko said there would be times when you have to charge your phones outside your house, thus Kymco will offer two options. 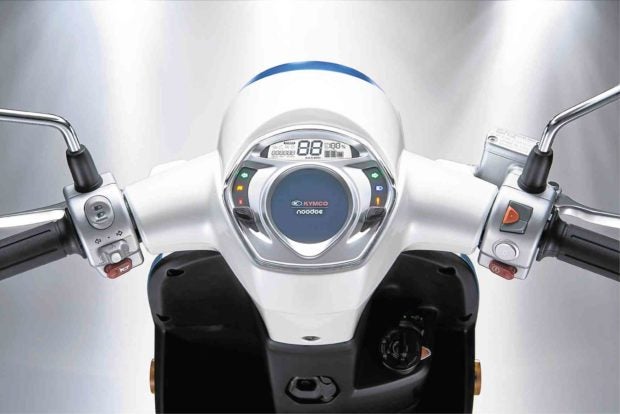 The Many 110 EV is equipped with the Noodoe navigation system

Each removable battery has enough power for the scooter to travel around 40 kilometers (at a constant speed of 30 kilometers an hour).

If all batteries are fully charged, the scooter can travel for 80 km.

There has been growing interest in electric scooters, especially with the greater awareness of the need to protect the environment and the pollution caused by burning fossil fuels.

However, the local market remains small.

“I believe that the reason why the market is so small is that there are no good products … They cannot find one that they don’t have to make any compromises on,” said Ko.

For example, if consumers want electric scooters that will take them farther, they will need a bigger battery.

But that would mean a heavier and less maneuverable bike.

Likewise by bringing up the range, you make the scooters more expensive.

And this has been the case for most manufacturers, according to the executive.

“While other electric scooters compromised their under-seat storage space for battery installations, we used innovative design to make it larger than ever. While others require tedious processes to remove the batteries, we made it not only delightfully easy, but also cool to watch,” he said. 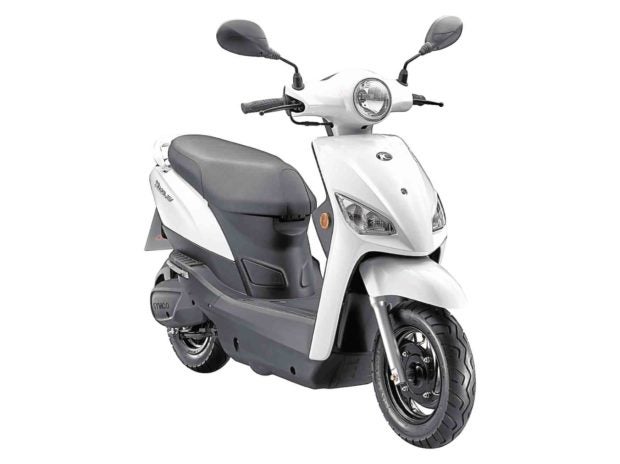 “While other scooters can’t be ridden once the battery is removed, we let you continue riding and going about your business while you charge your battery. And while others suffer from the lack of proper charging infrastructure, we give you the power outlet network, charge point network and energy stations, so you never have to worry about range,” Ko added.

No specific date was given as to when these scooters will be sold in the Philippines, but the chairman says the earliest may be in 2019.

The market can hardly wait.