From tragedy, a leader rises 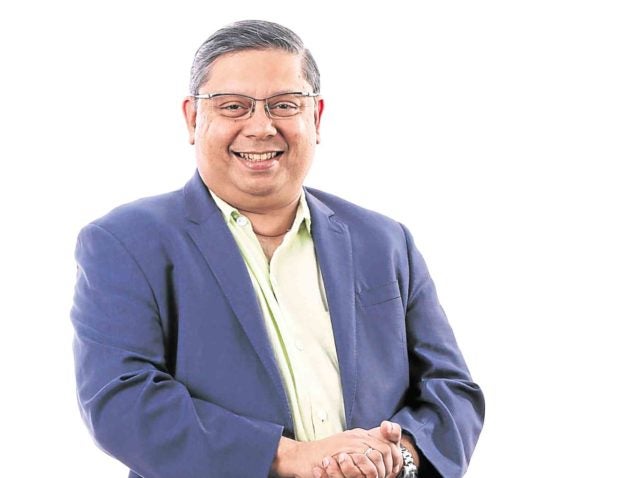 On the morning of March 15, 1986, Singapore was rocked by a tragedy known as the Hotel New World disaster: the Lian Yak Building, which housed the hotel, collapsed entirely without warning, resulting in 33 people dead and 17 injured.

It’s a catastrophe, says Surendra Menon, CEO of award-winning bancassurance firm, BPI-Philam, that likely led him to the career he holds today.

At the time of that tragedy, Menon was serving in Singapore’s Civil Defense Forces.

“[It] gave me better insight on the importance of preparing for the future. I captained the 1st Rescue Battalion mobilized during the disaster, and we rescued 42 people,” says Menon. “The experience left me with the impression that [while] life is filled with unexpected moments, making sure you are prepared no matter what really makes a difference.”

He now helps others realize that they, too, need to secure their finances by overseeing BPI-Philam Life Assurance Corp., a subsidiary of the Philippine American Life and General Insurance Company (Philam Life) and an affiliate of the Bank of the Philippine Islands (BPI).

Menon joined AIA Financial (formerly known as AIG Life and AIG Lippo) in 2003. Growing up, he says he felt a career in the financial industry naturally fit his talent in math and numbers.

“It’s a career that gives me the luxury to do what interests me the most and sharpen my business acumen,” says the 59-year-old father of one.

Working in the insurance industry also heightens his passion for helping others secure their financial future, especially here in the Philippines where Menon says people are “just wary of the type of [insurance] service they will get,” rather than skeptical of insurance altogether.

“Unlike the prevailing mindset, people are not skeptical about investing. If we offer people free insurance, they will say yes in a heartbeat; but if we ask them to pay for it, there comes in a hesitance because they think they can’t afford to pay for and focus on it. Many people also hesitate because they don’t believe that they will get appropriate service for it,” Menon says. “People assume insurance is only for the rich and are not familiar with offerings that can fit into their monthly cashflow.”

It’s a mentality, he adds, that’s prevalent among the Philippines’ middle-class lot. Menon says an analysis of the local market shows that both high-income and low-income individuals are the ones purchasing insurance.

“The flourishing micro-insurance market is evidence that people do understand the necessity of insurance—yet middle-class working Filipinos aren’t as ready to acquire a policy,” he says.

One of Menon’s projects seeks to improve Filipinos’ financial literacy, to help them understand that “insurance isn’t only about investments, but is primarily for the protection of their assets.” The annual event, launched two years ago, is called Bancassurance Month, and it aims to make insurance investments less daunting for those still hesitant to use the financial tools that BPI-Philam offers.

“We’ve always believed that Filipinos simply need access to accurate information … and a trustworthy and dependable partner in learning. Misinformation has led them to believe that financial planning is complicated and difficult to understand, when in truth it all boils down to answering future needs with present preparation,” says Menon.

Philam Vitality, a rewards-based wellness program, is another tool used by BPI Philam to make insurance more easy to understand, he adds. The program is part of the company’s two-step approach: First, provide clients with comprehensive and accessible insurance, and second, empower them to live better lives by being more active and healthy.

“The wellness program allows us to proactively anticipate our clients’ insurance needs as their health concerns are being addressed. First, clients are guided to knowing their health better through a series of assessments, then they are given activity goals they can follow to improve their health, finally they are rewarded for reaching then surpassing those goals,” Menon explains.

These rewards come in the form of discounts: At the cinema, on airfare and hotel bookings, or even 20% additional coverage in the insurance policy for the succeeding years with no additional fee.

“As clients continue this cycle, living healthy becomes an easy practice which eventually turns into a habit and lifestyle,” says Menon.

And in the end, investing in insurance isn’t just for the security of the individual policy holder’s future—it’s for the ones around them who would be most affected should tragedy strike, Menon says.

Recalling an instance in Indonesia wherein a widow came in to file a claim after her husband died in an accident, Menon says he would never forget the look of gratitude in the woman’s eyes.

“In this industry, we may seem like we are simply geared toward insuring individuals, but in truth we are also securing their families,” he adds. “The impact of this advocacy is generational indeed.”