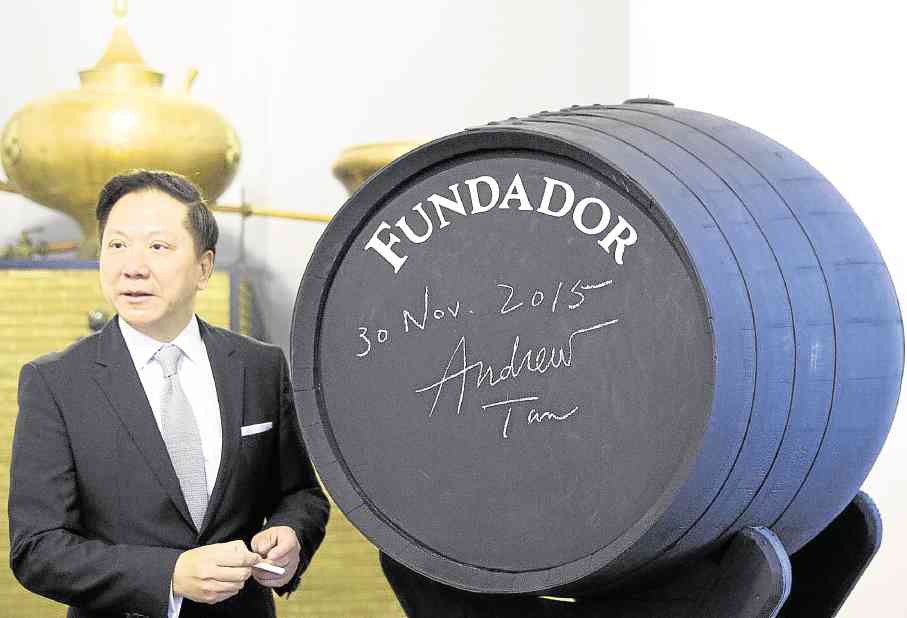 Tycoon Andrew Tan-led Emperador Inc. plans to focus on growing its international business this year to make the most out of a string of acquisitions of storied European liquor production assets.

Emperador is set to increase its scotch whisky inventory in Scotland as part of its efforts to strengthen the company’s global footprint, Emperador president and director Winston Co said in a briefing after the company’s stockholders meeting on Monday.

Co said Emprador would use majority of its capital expenditure overseas – specifically in Scotland where it took over Whyte & Mackay in 2014 – as its scotch whisky business continued to grow.

Without giving any figure, Co talked about the growing consumption of premium liquor across all regions internationally including the United States, Europe, Asia, and North America.

“A lot of people gained purchasing power. In fact, we are already seeing this happening today… We believe our imported brands like Fundador, Shackleton, and Whyte and Mackay will be bought by consumers in the couple of years,” Co said.

In line with the company’s route to global expansion, it is also eyeing to strengthen its footprint in Latin America where it recently bought three Mexican brands namely the Presidente, Azteca de Oro, and Don Pedro under Mexico’s Pernod Ricard.

According to Co, brandy still remains as the main revenue driver in its local business, while whisky remains strong overseas. The goal then is to promote brandy more aggressively in the international market and increase the presence of whisky and other premium liquors in the Philippines.