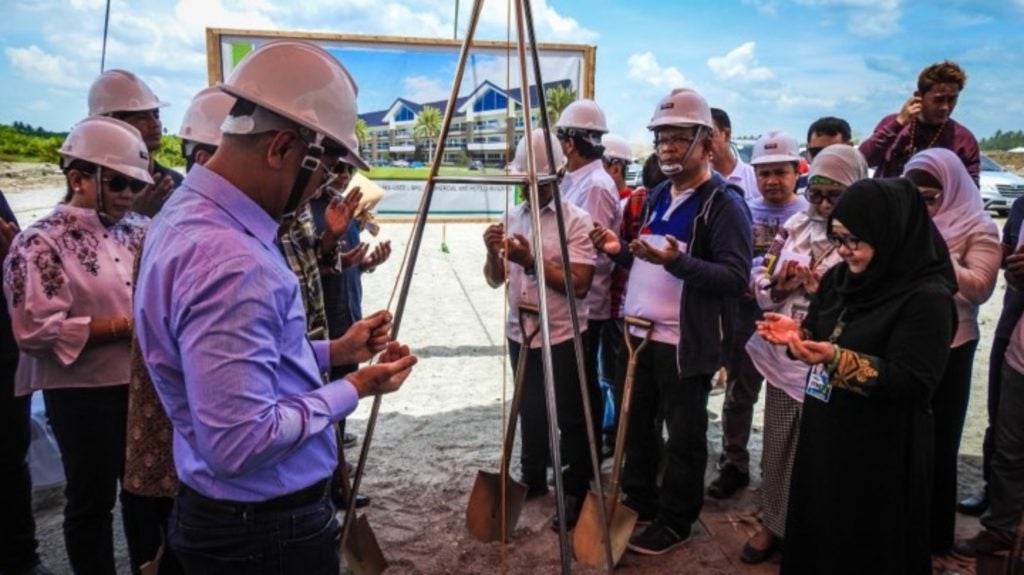 This and other greetings in Arabic would soon be taught to some 1,200 women here in time for the projected operation later this year of a call center, envisioned to cater to Arab-speaking individuals.

Maguindanao Gov. Esmael Mangudadatu and Land Bank of the Philippines president Alex Buenaventura on Friday led groundbreaking rites for what had been touted as the country’s first business process outsourcing (BPO) center for Arab clients.

“One year from now, or early 2019 at the latest, Maguindanao would have its own call center, commercial center and world-class hotel rolled into one,” Mangudadatu said.

The BPO center would be housed in a P100-million building financed by LandBank and supplemented by another P100 million from the provincial government.

“Maguindanao and this town would become the call center hub of ARMM (Autonomous Region in Muslim Mindanao) and the country and would cater exclusively to clients from Arab nations,” the governor added.

A local women’s cooperative would manage the call center, according to plans.

Mangudadatu said the main qualification for the female workers was to be fluent in speaking Arabic. He added, though, that there would be lessons on Arabic, which is considered to be the fifth most spoken language worldwide, with at least 217 million native speakers.

Scholars of the provincial government would be given priority in the hiring of workers for the call center, the governor said.

The BPO center alone was expected to generate more than 1,200 jobs. More workers would be hired to staff other ventures in the building, including the hotel and commercial center. Jobs during construction had not been counted yet.

Buenaventura said LandBank approved the project because it was viable and could help the province “be at par with other regions.” —Edwin Fernandez