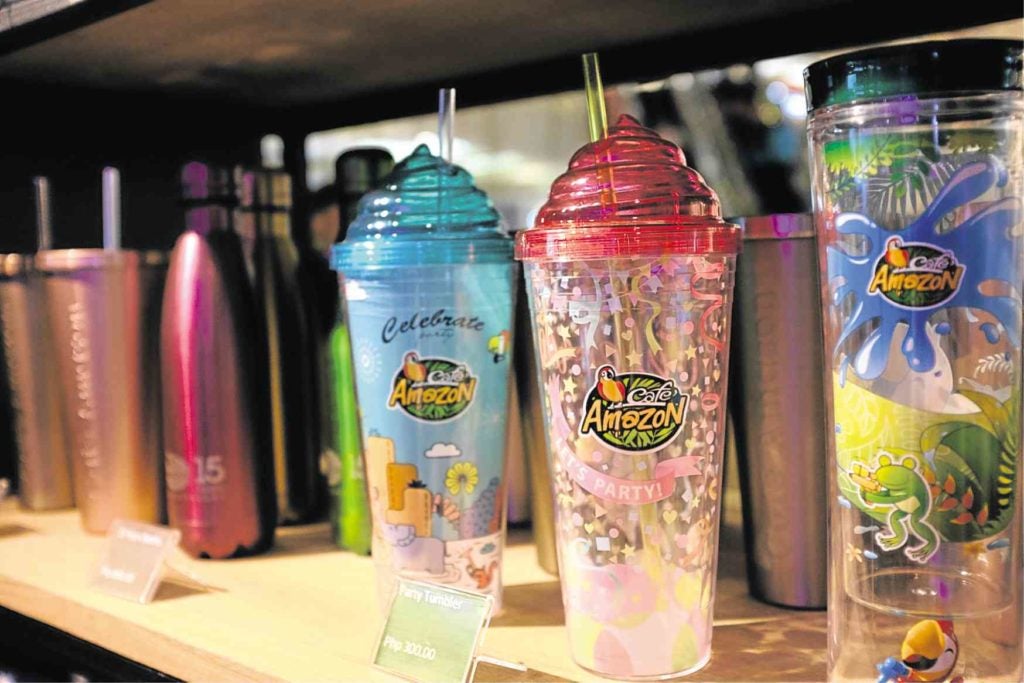 The Thai chain boasts of strong coffee and authentic tea

Leveraging on its 21-year presence in the country, petroleum company PTT Philippines officially launched its coffeeshop chain Cafe Amazon, announcing plans to expand throughout Luzon and Visayas in the coming years.

“We see that there’s growing coffee consumption here in the Philippines, as well as economic growth. So there’s a market here for people to try our brand,” said Cafe Amazon business development executive Anusorn Preugpaibul at the cafe’s recent launch at its SM North Edsa The Annex branch in Quezon City. “There are also so many foreign brands here, so there’s an opportunity here we need to capture.”

Cafe Amazon, which is open for franchising, has three other branches in the Philippines: PTT SCTEx, PTT Dasmariñas in Cavite, and in Pulilan, Bulacan. Three more are set to open this year, said Preugpaibul, and for next year, the target is to open a dozen.

Rufino Dy, franchisee of the SM North Edsa branch, said he got hooked on Cafe Amazon purely because of the taste of its coffee. “You can really taste the strength of the coffee, unlike other [brands] which are too milky or creamy,” he said. “And not just the coffee—the authentic Thai teas are also bestsellers.”

“It’s very incentivizing now, but as we gain more traction, the fee will increase, so now is the best time to invest,” said Preugpaibul.

Aside from the coffee, PTT Philippines president and CEO Sukanya Seriyothin said Cafe Amazon’s ambiance was an experience in itself, as stores are decked with lush foliage and even water features.

“Cafe Amazon is the most popular brand in Thailand, and we wanted to bring that ‘taste of nature’ to the Philippines, especially in places where there are lots of buildings,” she said.

“We’re like an oasis, and we want everyone who comes in to enjoy a chill and relaxing environment,” added Preugpaibul.

In Thailand, Laos, Cambodia, Myanmar and Japan, Cafe Amazon has over 2,000 branches. It first opened in 2002.

While PTT plans to attach Cafe Amazon to more of its gas stations (it has over 100 here in the Philippines), it is also looking at other locations for stand-alone stores, such as hospitals, malls, and other commercial buildings.

“We want to extend our reach to the middle-incomers and millennials,” said Preugpaibul. —ANNELLE TAYAO-JUEGO