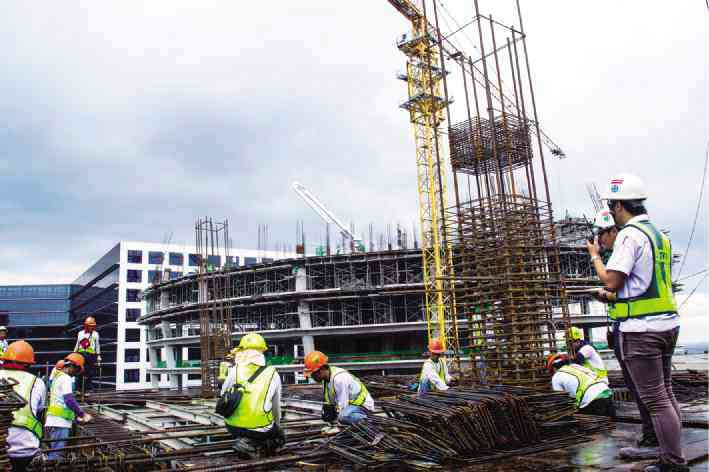 One of the sectors seen to hold growth opportunities for Nordic companies include the construction and infrastructure industry. (File photo from the Philippine Daily Inquirer)

One of the country’s richest Filipinos said that infrastructure development and democracy cannot go hand in hand, hinting that there might be a benefit in being ran by a dictator.

International Container Terminal Services, Inc. (ICTSI) Chairman and President Enrique Razon Jr. said on Monday that some countries with the most advanced infrastructure are not democratic, but clarified that he is not “endorsing” one form of political system over another.

He said this during one of the sessions during the Asean Business and Investment Summit (ABIS), wherein he was invited to discuss issues in infrastructure development along with other officials in the private and public sector.

“If you really look at it, those that have the most advanced infrastructure are the ones that are not democratic. The countries with the best infrastructure in the world are dictatorships,” he said.

Razon, who was named the country’s 7th richest man by Forbes Magazine, said that the United States was the only country that advocated for democracy and achieved development, but noted that this was because the country is “so vast and has so much resources.”

“I’m not saying I’m endorsing one over the other but this is a fact. Europe is well-advanced but most of this [infrastructure] was built a hundred years ago and they weren’t a democracy then,” he said.

Following this comment, Ayala Corp. Chairman and Chief Executive Officer Jaime Zobel de Ayala, who was also part of the session’s panelists, said that infrastructures could still be developed with the right “ecosystem.” He did not say categorically if he agreed to Razon’s opinion.

He said infrastructures are about creating ecosystems which go connect one component into another, from airports to roads and so forth. He also said that corruption could lessen if the country increases its per capita income as much as possible.

Nevertheless, he said that issues that hound inclusive growth are “very big and very valid.”

“I’m a believer of capitalism but the capitalist system needs to be adjusted to the needs of the broader community,” he said.

Razon’s comments would surely strike a chord among social circles who believe that the country is yet to truly move on from the Marcos dictatorship, the violations in which are yet to be met with accountability.

Many believe that such dark part of the nation’s history is under the risk of being subjected to historical revisionism, after President Duterte showed leniency towards the family of the late dictator.