Early cancer detection not covered by insurance in Vietnam 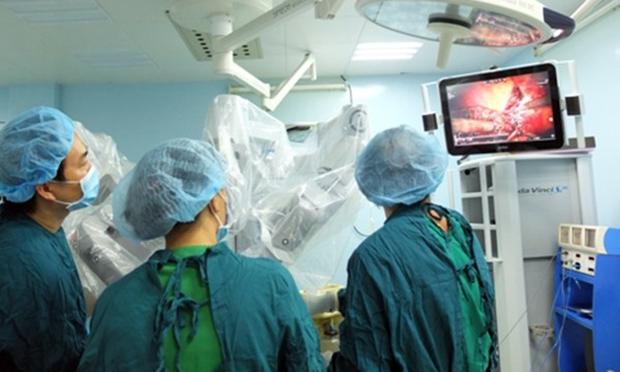 The failure to detect cancer early, compounded by the lack of insurance for such detection, has led to a high cancer death rate in Vietnam. (Photo baobaohiemxahoi.vn via Viet Nam News)

The failure to detect cancer early, compounded by the lack of insurance for such detection, has led to a high cancer death rate in Vietnam, experts say.

As many as 70 per cent of cancer cases in Vietnam are detected in the late stages, making it very difficult and costly to treat most of them, they said at an international conference last weekend.

Many domestic and international health experts attended the conference, “Cancer control: current situation and solutions,” which was jointly organised by the Health Ministry and K Hospital in Hanoi.

Prof. Dr. Le Quang Cuong, deputy minister of Health, said that cancer was becoming a heavy burden in countries all over the world, especially poor countries and developing countries with low and medium incomes.

Prof. Tran Van Thuan, director of the K Hospital in Hanoi, noted in the country for its specialization in cancer treatment, said: “With cancer, the sooner the detection, the simpler the treatment. Late detection leads to prolonged and often ineffective treatment. This is the main reason why the cancer cure rate in our country is low in comparison with developed countries.”

Nguyen Thi D, 50, a resident of Phuc Tho District in Hanoi said that when her husband felt some pain in his right ribs and decided to go to see the doctor, “he was informed that he was suffering from last stage liver cancer.”

He was treated at the hospital, but died after just six months, she added.

Another resident of the capital city, Phan Thi L, 56, said her husband had coughed a lot and taken antibiotics for a long time until he felt serious chest pain and went to the hospital for examination. Doctors told him that he had last stage lung cancer. He too lived for just six months after the disease was detected.

Apart from the feeling of life collapsing around them as they receive the news of a loved one being seriously sick, the thought that treatment might not save the person’s life makes things even more painful and difficult to bear.

Said D: “I couldn’t give up treatment for him, even though I knew my husband might not live long enough. The treatment was very expensive, costing my family hundreds of millions of dong, but my husband still died in pain. This is why cancer is a nightmare for people today. Cancer is accompanied by pain, misery, costs and death.”

Associate Prof. Tran Van Thuan noted that most cancers can be completely cured now if they are detected early.

“For example, when breast cancer is detected at the first stage, the success rate is 95 per cent, the second stage, 70 to 75 per cent and the third stage, 65 per cent; but the fourth stage, just five per cent.

“The problem now is that the early detection of cancer isn’t covered by health insurance.”

Thuan said hoped that in the coming time, insurance plans would pay for early examination for some cancers such as breast, cervix, liver and gastrointestinal cancers.

“If early examination is done nationwide, it will help increase the rate of early detection as well as cancer cure,” he said.

There is no mention of insurance coverage for cancer detection in the Prime Minister-approved 10-year national strategy on cancer, cardiovascular, diabetes, chronic obstructive pulmonary disease, bronchial asthma and other non-communicable diseases.

The strategy envisions that by 2025, 100 per cent of provincial and city administrations will use local funds to implement anti-cancer programmes; and that 70 per cent of adults will have a better understanding of the disease and its socio-economic impacts.