Brunei named most improved economy for third year in a row 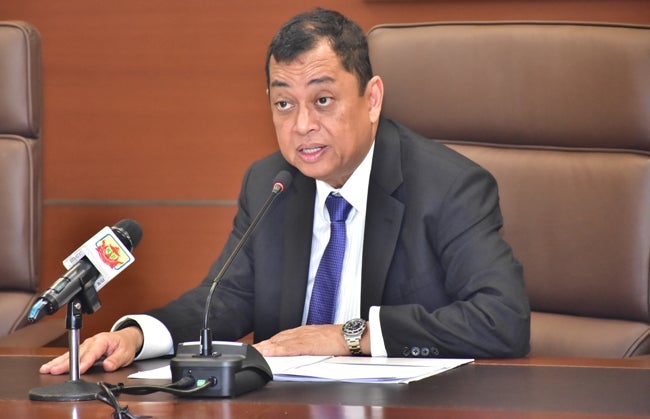 Brunei Darussalam has been named the most improved economy in the world for the third year in a row in the World Bank’s Doing Business Report 2018, which was released yesterday.

The report, which measures the efficiency and regulatory environment of domestic businesses of 190 economies, records Brunei Darussalam jumping a significant 16 places to rank 56 worldwide, with an increasing Distance to Frontier (DTF) score of 70.60 out of 100 and scoring improvements in DTF across eight indicators; further narrowing the gap between Brunei and the top performing economy.

The Asia-Pacific region had the highest number of economies recording the greatest overall number of reforms making it easier to do business, where Brunei Darussalam and Thailand each implemented eight reforms. Brunei Darussalam is positioned 11th, behind Republic of Korea (3) and Japan (9); and ahead of rising Asian powerhouse, China at 18th; as well as India at 19th.

According to a press release from the Ease of Doing Business Secretariat under the Energy and Industry Department at the Prime Minister’s Office, the significant improvements in Doing Business rankings over the past four years reflect the serious commitment of His Majesty Sultan Haji Hassanal Bolkiah Mu’izzaddin Waddaulah ibni Al-Marhum Sultan Haji Omar ‘Ali Saifuddien Sa’adul Khairi Waddien, Sultan and Yang Di-Pertuan of Brunei Darussalam’s Government towards creating a Pro-Business environment that would enable further diversification of the country’s economy.

This is in line with His Majesty’s recent titah in conjunction with His Majesty’s 71st birthday celebration, whereby His Majesty highlighted the need for continuous efforts to boost economic growth through the entries of Foreign Direct Investments (FDIs) and growth of micro, small and medium Enterprises (MSMEs).

Towards achieving economic growth, His Majesty also stressed greater collaboration between the private and public sectors.

Brunei’s ambitious reform agenda has been largely steered by His Royal Highness Prince Haji Al-Muhtadee Billah ibni His Majesty Sultan Haji Hassanal Bolkiah Mu’izzaddin Waddaulah, the Crown Prince and Senior Minister at the Prime Minister’s Office as Chairman of PENGGERAK Steering Committee, and has seen success over the last few years as Brunei’s performance in the Doing Business report has progressively improved. Within four years since 2014, Brunei has jumped 49 places from 105th to 56th in this year’s edition surpassing larger economies such as China and India.

According to the report, Brunei has improved its ranking for the indicators on ‘Protecting Minority Investors’, ‘Getting Credit’, ‘Enforcing Contracts’ and ‘Starting a Business’.

Another notable achievement is seen for the indicator ‘Protecting Minority Investors’, whereby Brunei has jumped a substantial 62 places indicating that there is greater protection against corporate governance issues for companies, therefore, reducing the likelihood of corporate assets being used by company insiders for personal gain.

Despite introducing further enhancements in the government processes across all indicators, several indicators have slipped in ranking, namely Dealing with Construction Permits (48), Getting Electricity (24), Registering Property (136), Paying Taxes (104), Trading Across Borders (144) and Resolving Insolvency (60) due to the rate of reforms implemented by other participating economies.

The press release states that this calls upon greater efforts to introduce, streamline and enforce more efficient and innovative business regulations in order to improve the Sultanate’s rankings for these indicators.

Although the measure of ease of doing business is meant to assess the business environment for domestic businesses, it also has a direct impact towards attracting FDIs into the country. According to statistics from the Department Economic Planning and Development at the Prime Minister’s Office, FDI in ‘other activities’ other than oil and gas has risen from two per cent of the total in 2012, to 32 per cent in 2015.

Moreover, according to World Bank statistics for 2017, Brunei Darussalam has seen the growth of jobs in its services sector, with a shift from industry and agriculture to the services sector between 2005 and 2014.

Additionally, Brunei Darussalam’s economy expanded by 0.7 per cent year-on-year in the second quarter of 2017 (Q2 2017), driven by stronger domestic demand, particularly in the capital expenditure of the private sector as well as government consumption expenditure, which grew by 28.5 per cent and 23.5 per cent, respectively. This reflects the investment in capitals is increasing with entries of foreign direct investments into the Sultanate.

The press release goes on to note that to achieve the national target in the Doing Business Index, further improvements have to be done to ensure Brunei Darussalam’s success in continuously ensuring a pro-business environment. The government calls for greater collaboration and commitment from both the public and private sectors to uphold Brunei’s Vision 2035 of creating a dynamic and sustainable economy.

“We will work together with the private sectors and other government agencies to work out the appropriate solutions that are actionable, time-specific, and ambitious.”

“The committee will continue to work together to maintain the pace and urgency in making it easier to do business in Brunei Darussalam,” he affirmed.