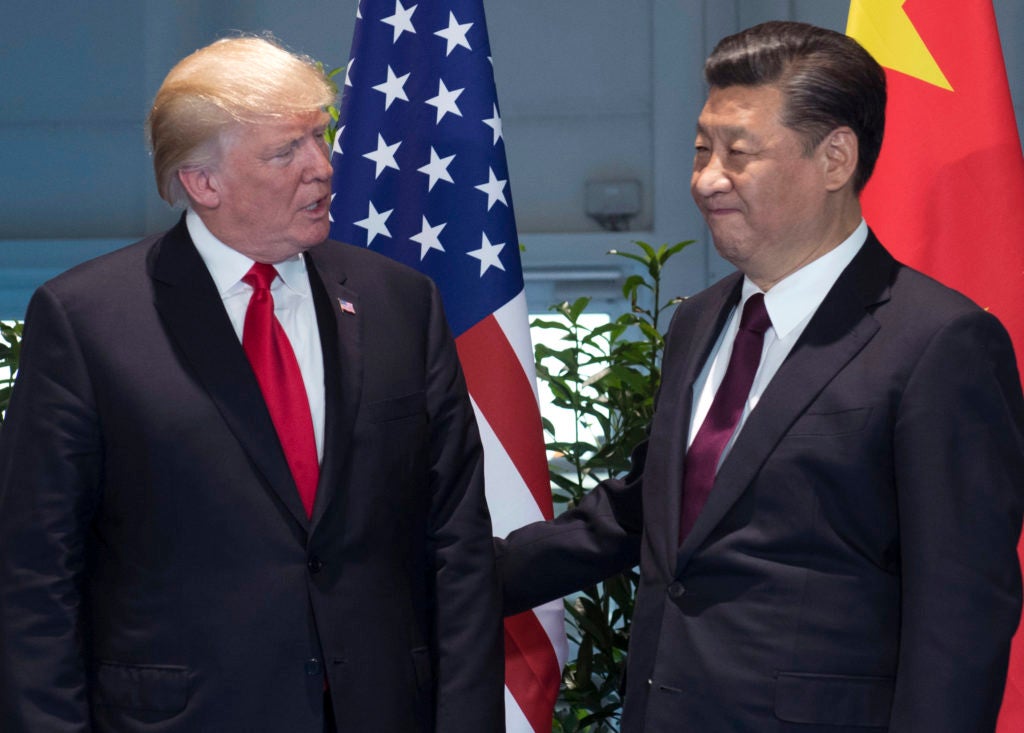 In this July 8, 2017, file photo, U.S. President Donald Trump, left, and China’s President Xi Jinping arrive for a meeting on the sidelines of the G-20 Summit in Hamburg, Germany. Trump is planning to sign an executive action asking the U.S. Trade Representative to consider investigating China for the theft of U.S. technology and intellectual property. He is taking the step even as he seeks China’s help with the ongoing crisis with North Korea. AP

BEIJING—China warned on Tuesday that it “will not sit idle” if the United States takes actions that impair trade ties after President Donald Trump launched a probe into Beijing’s intellectual property practices.

The commerce ministry issued a statement voicing “serious concern” and warning that any US trade protectionism “will definitely harm bilateral trade relations”.

The statement, posted to the ministry’s official website, added that Beijing would “definitely adopt all appropriate measures to vigorously defend the lawful rights and interest of China.”

The president insisted that “Washington will turn a blind eye no longer” to Beijing’s “theft” of US industrial secrets — long a concern of major foreign corporations seeking a share of the huge Chinese market.

The probe comes at a time when US-China relations are already strained over North Korea, with Trump last week still suggesting that he might soften his position on trade if Beijing were to do more to help rein in its nuclear-armed neighbor.

Xander Ford denies sex video: ‘I got scars from pimples, and tattooed eyebrows’