Lucio Tan firms on a roll in higher courts 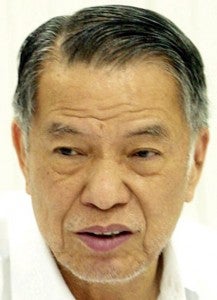 Another Lucio Tan-owned company has won a favorable ruling in a claim suit.

The Supreme Court on Thursday granted the petition of Tan’s Fortune Tobacco Corp. for a P491-million tax refund from the Bureau of Internal Revenue (BIR) in connection with the billions of pesos in excise taxes it paid to the government in 2003 and 2004.

The ruling came a few days after Asia Brewery Inc., a member of the Lucio Tan Group of Companies, was awarded P68 million by the Court of Appeals regarding its damage suit against rival San Miguel Corp.

“Following the principle of stare decisis, our ruling in the present case should no longer come as a surprise,” the high court said in a 14-page decision.

Citing the judicial principle, the tribunal said it should “stand by precedent and not to disturb settled point.”

In its ruling, the magistrates struck down the appeal of the BIR asking a reconsideration of the two previous resolutions of the Court of Tax Appeals which approved Fortune’s tax claim.

The court said the instant case involved the same issues it already resolved in a similar petition also filed by Fortune against the BIR in 2008.

In the earlier case, the high tribunal said the provision in Section 1 of Republic Act 17-99 was invalid.

According to the court, the provision “went beyond” contents of Section 145 of the Tax Code which mandated that the excise tax on any brand of cigarettes should not be lower than the tax levied on each brand starting Oct. 1, 1996.

“The proviso in Section 1 of RR 17-99 clearly went beyond the terms of the law it was supposed to implement, and therefore entitles Fortune Tobacco to claim a refund of the overpaid excise taxes collected pursuant to this provision,” the tribunal said.

In June 2004, Fortune sought a tax refund of P491 million representing the amount which it claimed was erroneously collected by the BIR.

Almost a year later, the tax court granted the tobacco firm’s petition and junked the motion for reconsideration that the BIR filed subsequently filed on Oct. 4, 2007.