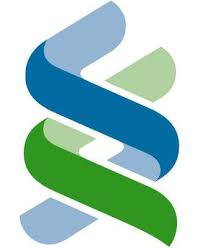 British banking giant Standard Chartered has tempered its economic growth outlook for the Philippines this year but still sees the country growing at the fastest pace among Southeast Asia’s six largest economies.

In a press briefing on Tuesday, Stanchart regional head of research for Southeast Asia Edward Lee said the bank had lowered the gross domestic product (GDP) growth forecast for the Philippines this year to 6.5 percent from 6.8 percent following the slower-than-expected performance in the first quarter. The same pace of growth is seen for 2018.

Lee said consumer spending was stable in the country, with remittances still seen to grow by 4-6 percent this year.

However, he noted that investments have faltered this year compared to last year, when the base was higher due to the front-loading of spending.

While Stanchart expects remittances to add more than 6 percentage points to the current account surplus as a percentage of GDP, this is lower than in previous years. Growth in overseas remittances is seen slowing as the number of overseas workers stabilizes and as sluggish global growth reduces opportunities.

“Global growth is better but not strong enough to lift all boats,” Lee said.

After posting only a 6.4 percent year-on-year GDP growth in the first quarter, Stanchart expects growth to pick up in the second half relative to first half. Infrastructure investment is seen to recover from the first quarter trough as investments in Metro Manila come online.

Asked about the government’s tax reform program, Lee said Pres. Rodrigo Duterte’s push for the first package would enhance the commitment to growth. If passed as proposed by fiscal officials, Stanchart expects the package to result in a 3-percentage point annual improvement in GDP.

“Any tax reform is never an easy thing, few more packages to grow if you’re talking about an economy that wants to spend more on infrastructure, on health, on education, on social (services), while Philippines is not very leveraged, you also want to find additional revenue sources,” he said.

“Seven to eight years after Lehman crisis (that caused a shakeout in Wall Street), the world is no longer in coma,” Rudra said, adding this meant that the world no longer needed monetary accommodation. The US has started normalizing its interest rates while Europe will likely follow, he said.

Under this environment, he said Asian fixed income assets were not likely to outperform “in a market that’s in a bull run.”