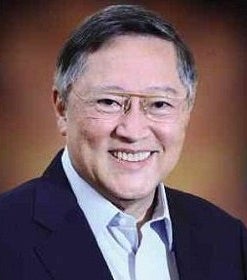 MANILA — The government is planning to borrow $300 million to $500 million from the China-led Asian Infrastructure Investment Bank (AIIB) in 2017 to fund ready-to-implement projects, according to the Department of Finance.

In a statement, the DOF quoted National Treasurer Roberto B. Tan as saying that the government “may now request that AIIB send a mission to the country to discuss the proposed list of projects prepared by the National Economic and Development Authority (NEDA) for the bank’s financing.”

Last month, NEDA Director General Jonathan L. Uy said that as a whole, 31 projects have been in the pipeline for financing by the Chinese government, including the AIIB.

Tan also told the Senate in November that membership in the AIIB would allow co-financing with the Manila-based multilateral lender Asian Development Bank of the EDSA bus rapid transit (BRT) project, as well as with the World Bank for the Metro Manila flood control project.

“These are the projects that are the most prepared in terms of government approvals, feasibility studies and other requirements, and are already in the pipeline. So these projects can be processed most expeditiously for co-financing by AIIB,” Tan explained.

“Funds from AIIB will serve as an additional source of concessional financing to support our growing infrastructure requirements. Its terms and conditions are comparable to those of other multilateral development banks,” according to Tan.

The Duterte administration plans to spend P860.7 billion or 5.4 percent of the gross domestic product (GDP) on hard infrastructure next year, en route to bringing the infrastructure spending-to-GDP ratio to 7.2 percent by 2022.

Last Dec. 5, the Senate voted 20-1 to ratify the Philippines’ membership in the Beijing-headquartered AIIB, ahead of the Dec. 31deadline for submission of prospective members’ instruments of ratificafion.

Tan, who attended an AIIB meeting last week, had said the government would pay the initial tranche of paid-in capital worth $40 million or about P2 billion before yearend, to be sourced from budgetary savings.

The Philippines was required to contribute to the AIIB a total of $200 million or about P9.3 billion in paid-in capital, payable in five tranches until 2019. The AIIB’s total capitalization was $100 billion.

The second and third installment payments worth P3.72 billion were already included in the proposed P3.35-trillion 2017 national budget.

Since it was established in January, the AIIB already approved loans for seven projects worth $1.13 billion, of which four were co-financed with other multilateral lenders such as the ADB, the European Bank for Reconstruction and Development, and the World Bank.

The DOF noted that Finance Secretary Carlos G. Dominguez III had early on “strongly backed” the country’s AIIB membership, which he said “would provide the government another source of long-term funding at very reasonable interest rates for the Duterte administration’s unprecedented infrastructure buildup,” citing the need for about P8 trillion in investments needed to fill the infrastructure gap over the next six years.

“Achieving full membership in the AIIB is a significant milestone. Completing our domestic procedures for ratification puts us in solidarity with 56 other countries,” the finance chief said.

“AIIB serves as the only multilateral development bank that focuses on infrastructure. The operations and policies of the bank are designed to be lean, clean and green. It is committed to principles of transparency, independence, openness and accountability,” Dominguez added.

DOF documents earlier noted that the AIIB “can provide an annual financing window to the Philippines of about $200-500 million, representing a 400-1,150 percent return on investment of our required paid-in capital of $200 million in five years.”

The financing that could be provided by the AIIB would dwarf the $11.56 million in investments needed by the country yearly to narrow the infrastructure gap until 2020, as earlier projected by the ADB, the DOF earlier said.  SFM