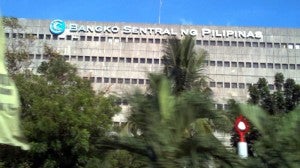 MANILA — Net inflows of job-generating foreign direct investment (FDI) fell 69.3 percent year-on-year in September to $469 million, the lowest so far in the first three months of the Duterte administration.

Bangko Sentral ng Pilipinas data released on Monday showed that net FDI inflows last September dropped by over two-thirds from the $1.53-billion worth posted during the same month in 2015 — the highest monthly amount in 2015, hence a high base.

But during the first nine months of the year, it was in June—the Aquino administration’s final month in office, marking a transition to the new government—that the smallest monthly amount of net FDI inflows was recorded, at $238 million.

“The continued FDI inflows reflect investors’ confidence in the country’s economy on account of sustained growth prospects and strong macroeconomic fundamentals,” the BSP said in a statement.

In September alone, foreign investments in debt instruments or intercompany borrowings to fund existing operations as well as business expansion, which account for the bulk of FDI, declined by 66.3 percent to $296 million from $880 million a year ago.

Equity capital, meanwhile, registered net inflows of $138 million, as the $157-million inflows exceeded the $19-million outflows. The net inflow in equity capital, however, was down 77 percent from $600 million last year.

According to the BSP, the top sources of equity capital last September were Germany, Japan, the Netherlands, Taiwan and the United States.

In terms of sectors, the biggest equity capital placements that month were infused into administrative and support service activities, financial and insurance, manufacturing, real estate, as well as wholesale and retail trade.

During the first nine months, investments in debt instruments jumped 40.8 percent to $3.713 billion from $2.637 billion a year ago.

Also, equity capital posted net inflows of $1.614 billion, up 9.3 percent year-on-year, as the $1.862 billion in gross placements surpassed the withdrawals worth $248 million.

The end-of-September gross equity capital placements largely came from Hong Kong, Japan, Singapore, Taiwan and the US, the BSP said.

Most of the nine-month equity capital haul were poured into the following sectors: accommodation and food service; financial and insurance; manufacturing; real estate; and wholesale and retail trade activities.

Total reinvestment of earnings during the nine-month period, however, fell 4.8 percent year-on-year to $548 million.  SFM