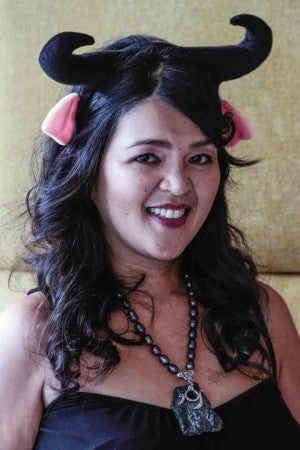 If you’re looking to spread the love this holiday season, try giving the gift of butter—but not just any butter.

Try the “all-Filipino” ones created by a new local creamery, which was put up thanks to one woman’s resolve to help build a stronger Philippine dairy industry, after she “fell in love” with her home country.

Inspired by the work of Gawad Kalinga’s Tony Meloto, Marie Cavosora founded CalaBoo Creamerry, a social enterprise molded inside the GK Enchanted Farm in Bulacan, and created in partnership with the Philippine Carabao Center (PCC).

The 46-year-old former corporate executive, who spent most of her life in the United States, jumped headlong into social entrepreneurship when she finally found The One—which, for her, was none other than the Philippines.

“I am fortunate enough to have been given the chance to live the American dream, to scale the corporate ladder in the Big Apple,” said Cavosora, who recently launched CalaBoo in Makati City.

For over 20 years, Cavosora worked in various advertising and marketing positions for large companies such as Pepsi, IBM, Disney, Ikea, BBDO Worldwide, OgilvyOne and Kraft Foods.

“But what I achieved outward eventually drove me inward, prompting my own ‘Eat, Pray, Love’ journey, from the heights of the Himalayas, to the jungles of Peru, and the mountains and beaches of Palawan—only to find myself falling deeply in love with my country. It’s a bit corny, but it’s true,” she said. 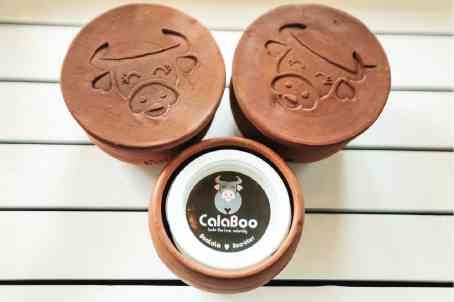 Calaboo’s products do not have extenders or preservatives

Her sojourn to the Philippines ended with Cavosora’s permanent return to the country after meeting—and being inspired—by Meloto, whom she met almost two years ago after a common friend introduced them.

“I blame Tito Tony Meloto—him, his vision. I wouldn’t be here if it weren’t for that,” said Cavosora. “I hadn’t even heard of GK when I met Tito Tony. But when he talked about finding purpose, meaning and passion, all these things resonated with me. Coming back to the Philippines, the true essence of home really hit me.”

With those realizations, Cavosora decided to act on her newfound love of country; hence, the birth of Calaboo.

She trained her focus on dairy, she said, because it’s one of her favorite kinds of food.

“I love yogurts, butters, cheeses,” said Cavosora. “And when I first moved here in 2012, I couldn’t find really good dairy products. Everything was mass-produced, too sweet, rubbery.”

In her quest to find dairy products of better quality, Cavosora learned that the Philippines’ local dairy industry was dominated by imports, which make up over 90 percent of the market.

Also, most of the milk, she noted, are of the powdered kind.

“What ever happened to fresh milk? So with Calaboo, what we have here is something natural and locally made,” she said. 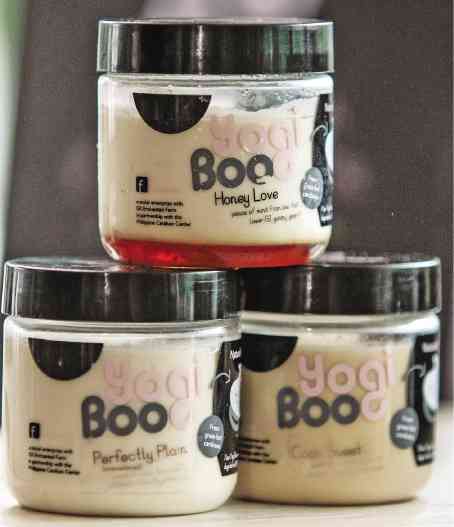 Thanks to Calaboo’s partnership with PCC, all their carabaos are fed nutritious varieties of grass such as napier and legumes, as well as fermented greens, ensuring their products’ nutritional edge over imports. Calaboo products can be pre-ordered online through calaboo.com and calaboo.marketa.ph, as they are all freshly made and only have a two-week shelf life if not placed inside a refrigerator or freezer. (The butters can last up to six months if frozen.)

“I work closely with the PCC. They really embody what it means to love one’s self, the country. The government gets a lot of flak, but when you see them on the ground, really working; they even work in the wee hours of the weekend! it keeps my faith in government,” said Cavosora, “I may be the founder, but I’m not the only owner of Calaboo. It’s all of us, working together.”

These include the carabao farmers whom Cavosora strives to pay more.

“Our products are premium because we make sure the money goes to the people who worked for it. If you have no problem spending over P100 on a cup of coffee, you should not have a problem buying yogurt that’s also over P100 that is good, and helps farmers and everyone who worked on it along the way,” she said.

And because she wants Calaboo to inspire more Filipinos to “love local,” Cavosora said she was focused on keeping her products “relentlessly Filipino.”

“Even our packaging is local. We have to love local. You know what’s the saddest phrase I hear that is uttered with so much pride? ‘Export-quality.’ Think about it: don’t we, the locals, deserve quality? I want to keep the best for us. Filipinos deserve excellence,” she said.

“The Filipinos are amazing. We’re all so loving, generous, resourceful—but we don’t see it. You know what makes [Calaboo] excellent? The people working with me. We’re building something together,” she said.