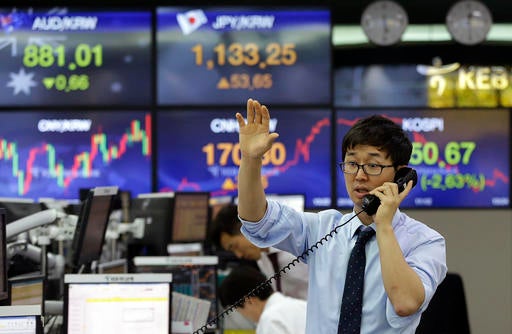 CHINA DATA: The monthly purchasing managers’ index by the Chinese Federation of Logistics and Purchasing showed that Chinese factory activity rose to 51.7 in November, its highest in more than two years. The index, a widely watched indicator of China’s outsize manufacturing sector, is based on a 100-point scale, with numbers below 50 indicating contraction.

ANALYST’S TAKE: “China’s official PMI manufacturing surprised on the upside,” said Jingyi Pan, a market strategist at IG in Singapore. “This is the highest level seen since July 2014 and could add to the wave of optimism in the markets today.”

OIL: Oil prices lost ground after they surged Wednesday thanks to the output cut agreement among OPEC nations, which collectively produce more than one-third of the world’s oil. They agreed to trim production by 1.2 million barrels a day starting in January. The price of U.S. crude fell 25 cents to $49.19 a barrel in New York. The contract surged $4.21, or 9.3 percent, to close at $49.44 a barrel on Wednesday, the biggest one-day gain since February. Brent crude, the international benchmark, fell 4 cents to $51.81 a barrel in London.