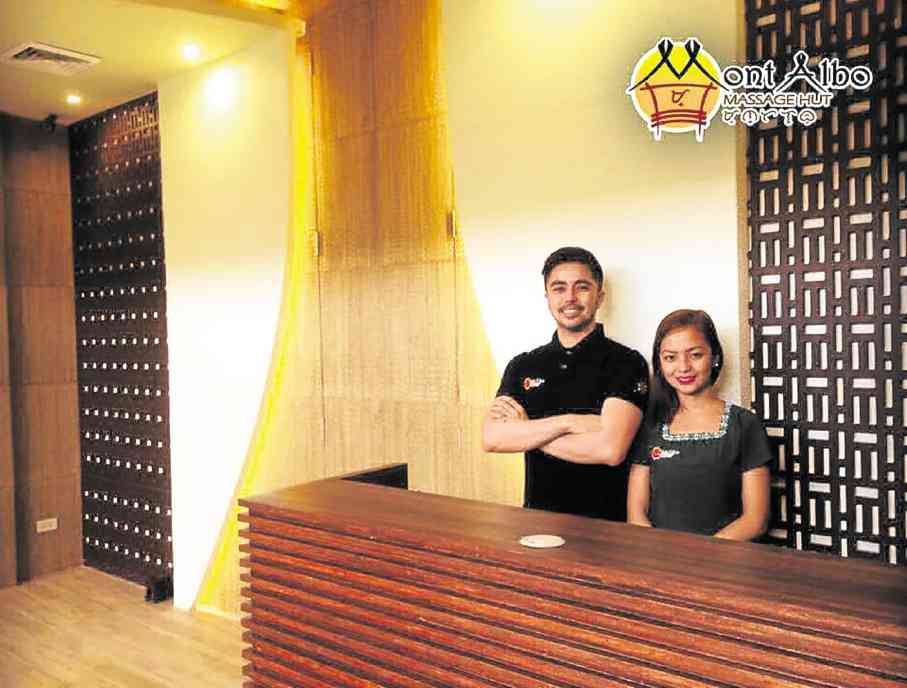 Behind the success of Mont Albo Wellness Corp. is Nol Montalbo, a young entrepreneur who once sold soap.

LOS BAÑOS, Laguna—When he received this year’s award as one of the distinguished alumni of the University of the Philippines Los Baños (UPLB), Nol Montalbo could not help but recall an incident that apparently changed the way he looks at things.

He says he was an ordinary student, the eldest of four from an average-income family in Batangas City, when he entered UPLB to take up BS Biology in 1996.

“I wasn’t really an achiever,” Montalbo, now 37, says. “I often skipped classes and my classmates hated me because I rarely helped out in school projects. None of them wanted me in their group,” he adds.

Some of his classmates even wrote notes calling him “a piece of s**t.”

Then during his second semester, he took an exam for a Biology subject.

“For some reason, a classmate—let’s just call him ‘Einstein’—got hold of my blue book (answer sheet). Of course, I got the lowest score in class,” he recalls.

“Mind you, he didn’t say that discreetly. Many heard it and laughed. I remember how he looked and what he was wearing [that day], as I really felt humiliated,” Montalbo says.

The words apparently pricked Montalbo into taking serious action, as when he took Organic Chemistry, a difficult subject dreaded by most students, he made sure he finished it with a perfect grade of 1.

What happened to Einstein?

Montalbo is founder and chief executive of Mont Albo Wellness Corp., a popular spa chain with 56 franchises all over the country.

He recently received the Injap Sia Outstanding Young Entrepreneur award in the National Capital Region, given out by the Philippine Chamber of Commerce and Industry.

But it was not an easy way up for Montalbo.

Back in college, he had to work as a service crew in a fast food chain to earn extra for his thesis on bee enzymes.

“I took the job of opening the doors for customers, manning the cashier, and even taking out the garbage after my shift,” he says.

After many years, Montalbo would meet the owner of the fast food chain at the Philippine Franchise Association in 2014.

“Who would have thought that I would meet him? This time, I was no longer a member of the service crew, but as his fellow entrepreneur,” he says.

After college, Montalbo spent a year teaching at UPLB before pursuing medicine at UP Manila in 2001.

“I still remember when my mom asked me to sell her jewelry—those that she inherited from her grandmother. It’s only now that I realized that something was going on already, but my mom chose to keep silent,” he says.

Montalbo says the family had to sell their house and move to a smaller dwelling.

He only learned later on the family was deep in debt because his parents wanted him to finish medical school.

To earn quick money, Montalbo thought of something easy to sell—soap bars. He pawned his wristwatch for P1,500 and started hand-making soap, which he sold online or in trade bazaars.

“Several times I got duped [by clients]. There was an incident I did not have money anymore for fare that I had to walk from Pasong Tamo to Buendia carrying soap bars back [to my apartment],” he says.

Montalbo says it was really hard to sell soap until he received an order for 70,000 bars from a shopping mall in time for Christmas.

He raised enough money and used it to start a small massage spa on the first floor of his two-story apartment in Makati in 2007.

Montalbo then took and topped the government licensure exam for massage therapists.

He opened the first Mont Albo hut in 2008 and started franchising it by 2010.

“If I thought of myself first and pursued practicing medicine [as a neurosurgeon], I wouldn’t be able to help and pull my family up quickly,” he says.

Choosing to stay single at the moment (he says relationships are a distraction to business), Montalbo has one wish: To bring hilot to the world.

From time to time, he is reminded of Einstein and how his “harsh words drove me to prove the other person [wrong].”

It was that experience, not so long ago, which taught him to push himself to excel and to never settle for anything less, Montalbo says.

Montalbo is proud to have his own miniature ‘Oble’. He was named one of the distinguished alumni of UP Los Baños for 2016.