Like in the movies, poor boy reaches top of corporate ladder 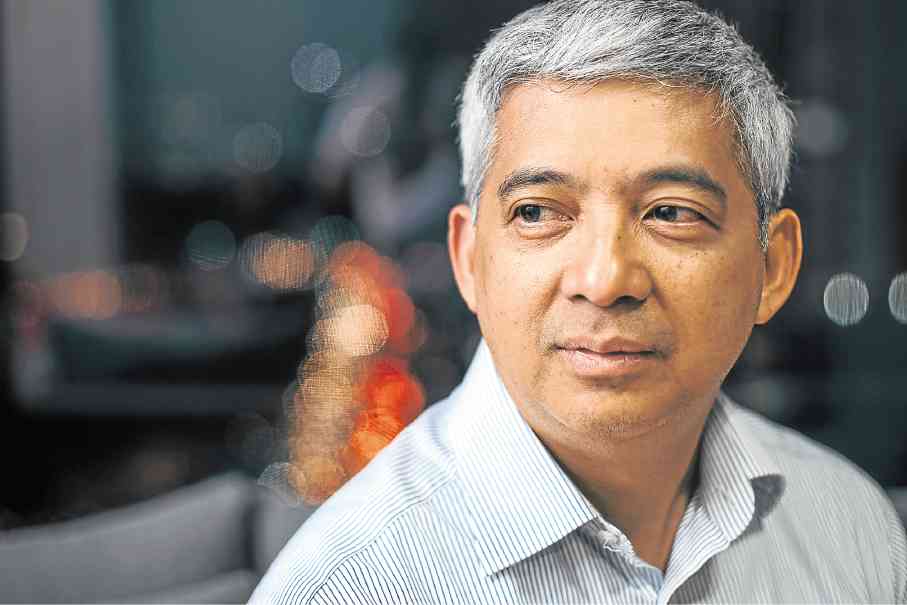 In almost cinematic detail, Ariel Cantos described the moment he was informed of his appointment as president and chief executive officer of insurance firm Philam Life: “I was in Hong Kong; I couldn’t believe this was happening to me. At 2 a.m., I couldn’t sleep, I stood up. I was on the 38th floor of that Hong Kong hotel. I looked up to the sky, the moon was almost full—and I wept.”

The tears, says the 56-year-old executive, were of gratitude, as Cantos had risen through Philam Life’s ranks after securing his first position as a management trainee almost 30 years ago.

“I said two words [that night]: Thank you. When I said those words, my years in Philam Life flashed in my mind. I realized I couldn’t have done this by myself,” he says.

More than his perseverance, Cantos, who previously worked as executive assistant to two former CEOs, Jose L. Cuisia Jr. and Rodrigo de los Reyes, credits his success to both his superiors and peers, who in one way or another has been a major influence on his leadership style. “I’m a people person,” he says, “I’m more on people. I really focus my energy on what will engage and excite [my staff].”

Before Cantos began his climb up the proverbial corporate ladder, he, as a young boy, had to deal first with the struggle of growing up with nine other siblings, and parents whose incomes couldn’t support all their wants and needs.

It’s a story fit for a movie, or even a teleserye: After graduating elementary, Cantos’ parents asked him to postpone his high school education so his other siblings could continue studying.

He agreed, and to help with the finances, took on odd jobs: Doing his friends’ homework; cleaning his uncle’s car; and, because he lived in flood-prone Barangay (village) Palanan in Makati City, take people across floodwaters.

(Even Cantos’ name has an interesting story: He was christened Ariel Alberto, something which he couldn’t pronounce properly; hence the nickname, Aibee. Now, however, he just goes by Ariel, because many of his documents, as well as insurance policies, identify him as Ariel Cantos.)

After two years out of school, Cantos’ uncle generously funded his first year in high school, during which he strived to make it to the honor roll to get scholarships for the succeeding years.

Eventually, Cantos graduated valedictorian, giving him the courage to try and continue his studies at either the University of the Philippines or Ateneo de Manila University.

Cantos passed UP, but he says that on the day he was supposed to enroll, ADMU called him up and informed him he had passed their entrance exam, too.

“They asked, aren’t you interested? I told them, I don’t have the money for tuition. So they said, okay, we’ll give you a full scholarship,” he shares.

Because only the tuition was free, and not school supplies nor textbooks, Cantos says he spent most of his college life in the library.

He had no time nor budget to socialize.

“The library became a convenient excuse for me to get out of invitations [of classmates] to go out, see a movie,” he recalls, “My library card was always full.”

Studying in ADMU, where he took up AB Economics (Honors Program) with, initially, the intention of taking up Law, also made him realize that he could elevate his and his family’s status in life.

That moment of realization, much like what happened to him in Hong Kong, is described by Cantos vividly, like it happened only yesterday: “Every 4 a.m. I had to wake up and line up at the poso (deep well) to take a bath, because if I got there late, the line would already be too long. There was one night when I thought, life has to be better than this. For God’s sake, I was studying in Ateneo, but every 4 a.m., I had to rush out just to take a bath, and run through the streets with dogs barking at me! I said, life has got to be better than this.”

With his perseverance and positive outlook, life, particularly his career, did become better for Cantos.

While still studying in ADMU, Philam Life offered a summer student training program and Cantos grabbed the opportunity to get to know the company and its people.

He was lucky enough that after graduating, Philam Life had a vacancy which he was able to fill.

Because most of his career was spent with the company’s agency distribution force, Cantos developed his people-oriented leadership style, something he has been practicing even before he became Philam Life CEO.

He previously held top management positions in the company, such as CEO of BPI-Philam, and Philam Life senior vice president and chief agency officer.

“You can’t make [agents] perform [well] just by telling them to work, because they’re not employees. So how do you motivate? You can be firm, you can be flexible—but you must always have sincerity and heart,” he says.

He says he still feels a bit uneasy with his new title; but, like any protagonist, he’s also charging into his role with his head held high, happy to face any challenge.

“When I received word about my appointment, I said to God,  ‘you must trust me a lot, what a task you’ve given me!’ But, here I am, so, fight!” Cantos says.