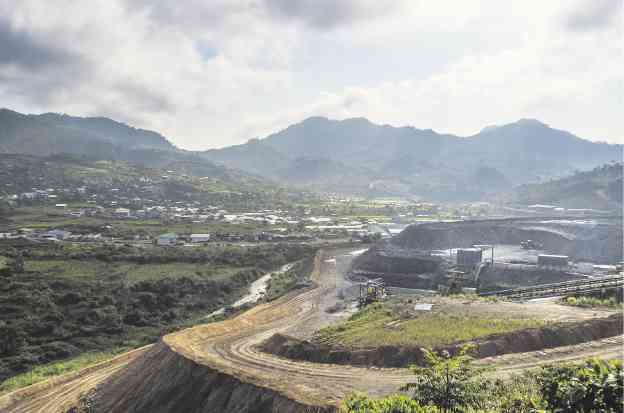 Prospects for mining over the next several years have been described as “challenging” by no less than the Mines and Geosciences Bureau (MGB) itself.

Within the industry, particularly for many, if not most of the public players (in the Philippines or bourses elsewhere), the pervading mood is uncertainty, although there is a counterpoint of buoyancy.

The MGB’s mineral economics, information and publication division—the parent agency of which recently announced that the operations of 20 more metallic mines are recommended for suspension—observes that the audit of existing mines, along with a moratorium on new mines, is “responsible for industry prospects remaining to be challenging.”

“The suspension of another two nickel mines in Palawan is expected to further contribute to the overall sluggish performance of the metallic sector in 2016,” the MGB says.

Also failing the audit are 12 other nickel mines—all in Mindanao and most in Dinagat Islands—as well as three gold-silver mines; one copper-gold-silver mine; and two chromite mines.

“Should the recommended suspension ensue, the possible impact of the suspension is a decline in mineral production, lower taxes collected and increased number of displaced mine workers,” the MGB says.

Reckoning with 2015 production data, the expected decline in output that will result from the suspension of operations is 44 percent for gold, 49 percent for silver and 28 percent for copper.

This will happen mainly if the suspension of Filminera Resources and OceanaGold Philippines pushes ahead.

As for nickel, the combined output of the five mines already suspended before the audit began last July and the 14 mines recommended for suspension following the audit is pegged at about 57 percent of annual output.

If the 14 nickel mines do stop operation, the Philippines, which accounted for close to a quarter of global supply in 2015, will rely on only five producers — NIKL’s Rio Tuba Nickel Mining Corp., Taganito Mining Corp., and Cagdianao Mining Corp.; FNI’s Platinum Groups Metals Corp.; and Pacific Nickel Philippines Inc.

Weeks after the audit results were announced on Sept. 27, the concerned companies are still waiting to see a copy of such results.

Firms like OceanaGold, MARC’s Macventures Mining and Development Corp. (MMDC), Filminera Resources Corp. promptly assured their shareholders that they had not received an order of suspension and that the mines continued to operate.

As of this writing, a source from one of these companies asks when the audit reports will be sent out.

Leo Jasareno, who led the mine audit, said last month that the results would be sent to the concerned companies starting from the day after the announcement.

“We have not heard that other [similarly situated] firms have received their results,” the source tells the Inquirer. 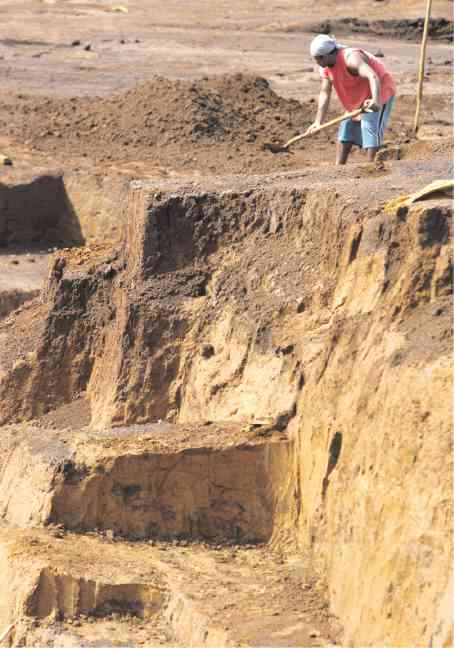 A miner does spade work in an open pit at the heart of Homonhon Island, Eastern Samar. Mining companies are enjoined to be “responsible.”

Meanwhile, FNI, whose unit Platinum Group Metals Corp. (nickel mine in Surigao del Norte) did not get a threat of suspension, revels in good fortune.

“Maintaining sustainability is important to our company,” FNI president Dante R. Bravo says, “We believe that we have a corporate social responsibility to protect and care for the people and the environment and we are taking every step to improve the welfare and quality of life in the communities in which we operate.”

“We are delighted that our efforts in environmental and social compliance are being recognized,” Bravo says, “Rest assured that our programs for the betterment of the community in which we operate shall continue to grow from strength to strength.”

For companies with status remaining uncertain, they expressed confidence about clearing their names, partly due to inconsistencies on the part of the DENR.

NIKL notes that while its Hinatuan Mining Corp. (HMC) failed the audit, its other three units were allowed to continue operations.

“We remain confident that HMC’s operation [in Eastern Samar] will not be suspended as the social and environmental standards being employed (there) are of the same standards used in our other mining operations, all of which have successfully passed the DENR audit,” NIKL president and chief executive Gerard H. Brimo tells the Philippine Stock Exchange.

For its part, Marcventures Mining says some of its alleged failures are due to pending matters with the DENR.

“Based on our review, the general audit findings are defensible and can be reversed,” the company says in a statement. “It appears that there may have been some unintended oversight in the audit since there are matters which are yet to be acted upon by the DENR.”

Among these are MMDC’s applications with DENR to be allowed to provide P30 million for the program to plant three million trees; application for discharge permits; and request for approval of the environmental protection and enhancement program and final mine rehabilitation and/or decommissioning plan.

“We are confident that a review of the documents submitted by MMDC will reverse the unwarranted findings,” MMDC says.

In another show of apparent inconsistency, the MGB has nominated some of the companies threatened with suspension for the annual Presidential Mineral Industry Environmental Award (PMIEA), given to mining companies that “showed exemplary practices in safety and health; environmental protection and rehabilitation; and community and social development and management.”

For the MGB, the matter is ultimately a question of getting the “utmost” economic benefit from the mining operations; social community development empowerment; and preservation of the environment through progressive rehabilitation.

“Mining can only be responsible if the development of the country’s mineral resources will be on the basis of technical feasibility, environmental sustainability, social acceptability, and financial viability,” MGB director Mario Luis Jacinto tells the Chamber of Mines of the Philippines.

“The absence of one will not render the project responsible,” Jacinto says.