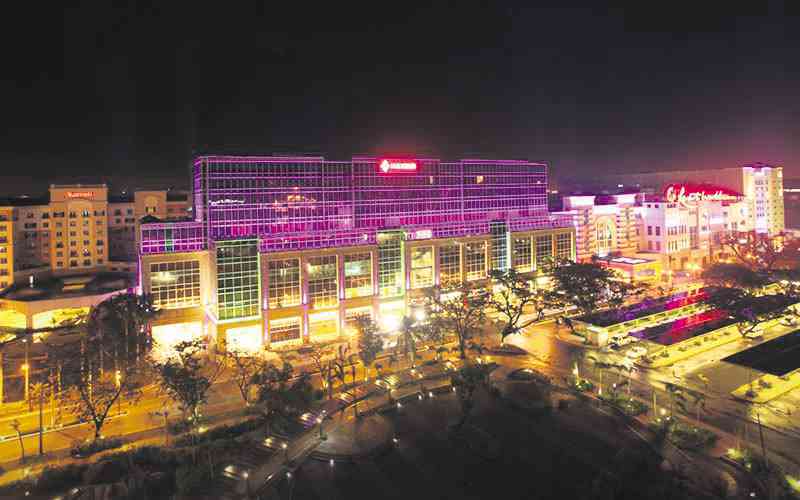 The gaming sector got off to a shaky start under the new administration after no less than President Duterte himself launched a tirade against businessman Roberto Ongpin, who controlled publicly listed Philweb Corp.

Branding Ongpin as an “oligarch” who “must be destroyed,” the President in effect ended Philweb’s heyday in the lucrative online gaming sector after the Philippine Amusement and Gaming Corp. declined to renew the firm’s license.

In a matter of days, billions of pesos worth of Philweb’s market capitalization evaporated from the Philippine Stock Exchange, prompting its chair, Ongpin, to resign and sell his holdings to businessman Gregorio Ma. “Greggy” Araneta III in the hopes of saving the company—an act that failed to sway Pagcor and its new chair, Andrea Domingo.

Before long, the entire gaming sector was on edge, waiting to see which firm would next suffer the President’s wrath.

But over three months into Mr. Duterte’s administration, it would seem that firms engaged in gaming, from large casino resorts to smaller operators—with the exception of Philweb, of course—were doing well. Doing very well, in fact.

Construction on the casino complex, which targets a less affluent segment of the gaming market, will begin next year and is expected to be completed by 2019.

Razon said his optimism in gaming was buoyed by the very factor that investors initially feared: the government’s crackdown on online gaming.

Specifically, the businessman explained Pagcor’s decision to start closing online gaming operations, which violated terms of their licenses (like locating their branches too close to schools and churches, or allowing minors entry to their premises), was actually a boon for large gaming operators like Solaire which saw a migration of legitimate players to their tables.

More importantly, the recent thawing of relations with China under the Duterte administration was expected to result in an influx of at least 2 million more tourists from the mainland—benefiting Solaire’s casinos, its hotel business, as well as the rest of the hospitality industry across the country.

At the same time, the gaming market in Macau that has slumped in recent years due to the crackdown on corruption by Chinese authorities seemed to be bottoming out. This has raised hopes among local players that high-spending junket players may soon return to the local scene en masse.

And Solaire’s investors seem to like what they see. While the stock is down 13.75 percent over the previous year to late October 2016, its price is actually up 27 percent since the start of 2016, giving it a P63.4-billion market capitalization.

Meanwhile, a stone’s throw away from Solaire’s location, another casino operation is rising, and is watching developments in the industry closely.

Okada Manila, owned by Japanese pachinko tycoon Kazuo Okada, is set to open its doors to casino patrons in December, just in time for what it hopes to be the long awaited recovery in the gaming sector.

Company officials said this integrated resort would be the largest of all the four operations in Pagcor’s gaming hub and would give more weight to other elements of the entertainment and hospitality business rather than being a purely casino play.

Expect it to be launched in phases, however, since the December 2016 opening date is just a soft opening meant to avoid being slapped a P100-million fine by regulators if it fails to open its doors before the end of this year.

Okada’s holding firm, Universal Entertainment, is not listed on the Philippine Stock Exchange, but is instead listed in Japan. And Japanese investors seemed to like its prospects. Its one-year return stood at 43 percent in the year to October 2016, while its year-to-date return was only slightly lower at 41 percent. The firm has a market capitalization of 251.8 billion yen or about $2.4 billion.

Another gaming firm listed on the PSE was also doing well.

Melco Crown Philippines Corp., which operates the City of Dreams casino and hotel complex, has seen a modest appreciation in its stock price of 8.48 percent over the previous year to October 2016. But since January of this year, it shot up by a staggering 89.8 percent, giving it a market capitalization of P24.6 billion.

Only Travellers International Hotel Group of tycoon Andrew Tan, which operates the Resorts World Manila casino and hotel complex in Pasay City, is underperforming on the PSE. Its one year return is a negative 21 percent to October 2016, while its year-to-date performance is down 23 percent, giving it a market capitalization level of P53 billion.

Nonetheless, expect Travellers’ fortunes to change once it starts work on its own casino complex in Pagcor Entertainment City, which is targeted for completion between 2019 to 2020.

All told, Pagcor’s Domingo said she remained supportive of the Philippine gaming sector and recognized the firms’ contributions to the local economy, especially in terms of creating employment and encouraging upstream and downstream businesses.

From all indications—and given most analysts’ ‘buy’ recommendations—it looks like the good times are here for the Philippine gaming stocks under the Duterte administration.