BEIJING – Chinese President Xi Jinping rolled out the red carpet for President Rodrigo Duterte at the Great Hall of the People ahead of bilateral meetings on Thursday morning.

This was President Duterte’s very first state visit to China, the fifth country the President had visited since he assumed the presidency in June.

President Duterte and his delegation flew on Tuesday night straight from a three-day visit to Brunei Darussalam.

After the pompous welcome ceremonies, President Duterte is scheduled to hold a bilateral meeting with Jinping which is expected to be followed by the signing of around eight memoranda of understanding and agreements on various fields of cooperation between the two countries.

The President is also set to meet with Chinese Premier Li Keqiang to discuss the enhancement of economic cooperation in the afternoon./rga 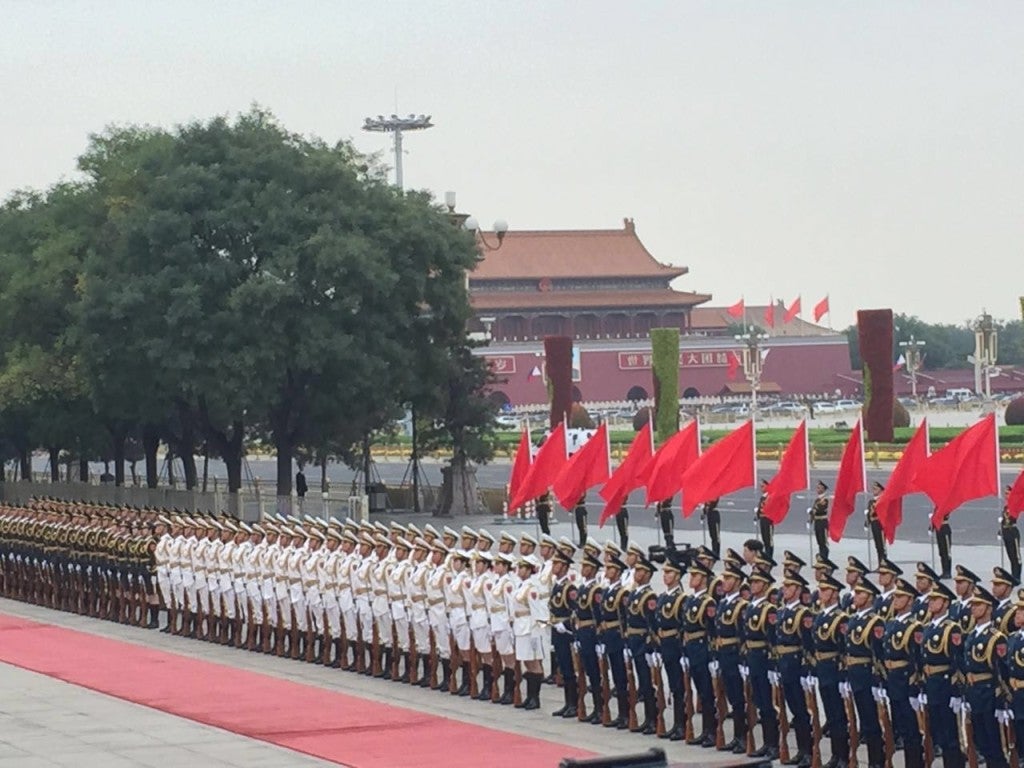 Chinese military personnel take part in the arrival honors for President Rodrigo Duterte at the Great Hall of the People in Beijing. JOAN BONDOC/PHILIPPINE DAILY INQUIRER