China offers $3B in infra deals 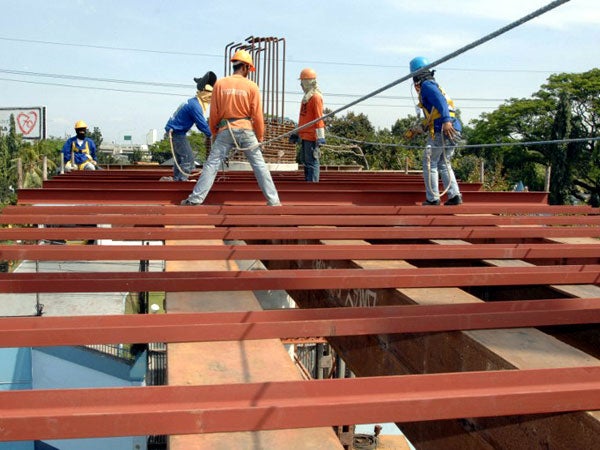 BEIJING—China Railway Group Ltd., a state-owned infrastructure firm, is keen to invest as much as $3 billion in Philippine infrastructure projects in the next few years.

The prospective investment commitment from China Railway—also known as China Railway Engineering Corp. (CREC)—is among the plum investment deals lined up to be finalized here during the four-day state visit of President Duterte.

Industry sources said CREC was expected to enter into a partnership with a Philippine group to vie for large-scale infrastructure projects to be bid out by the Duterte administration under the public-private partnership framework. The partnership is also keen to propose original projects.

Among the key projects that the Duterte administration is pitching to investors is a massive Mindanao railway system.

The Mindanao railway project is envisioned to link the cities of Cagayan de Oro, Iligan, Zamboanga, Butuan, Surigao, Davao and General Santos—spanning a total of 2,000 kilometers.

CREC, listed on the Hong Kong and Shanghai Stock Exchanges, is in a good position to bid for the Mindanao railway project alongside other major infrastructure projects, according to industry sources.

They said CREC and its Philippine partner would ink a memorandum of understanding here in the next few days.

CREC will commit a minimum portfolio of $400 million for Philippine projects to as much as $3 billion.

Already one of the leading construction and infrastructure groups in China, CREC is seen aspiring to boost its presence across the region and sees a lot of opportunity in the Philippines following Mr. Duterte’s “pivot to China.”

The group is considered to be in a good position to bring its technical expertise and financial muscle to help ease infrastructure projects in the Philippines.

In 2015, CREC generated $100 billion in revenues or nearly a third of the Philippine gross domestic product.

“Only a company this size and scale can mobilize resources necessary to take on megainfrastructure projects,” said a source familiar with the state visit.

Economists and market analysts expect this state visit to boost the inflow of foreign direct investments from China.