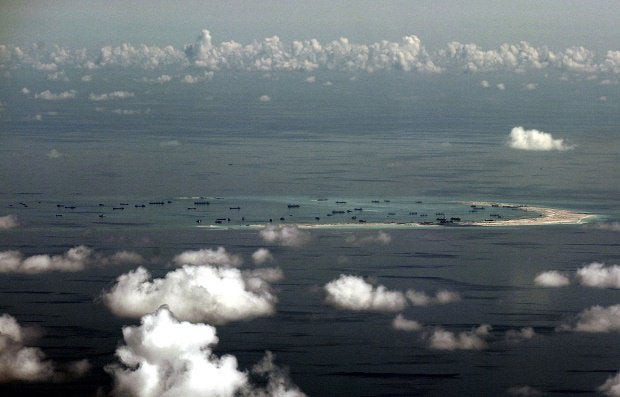 BEIJING—The Philippines is set to enter into a deal with China to jointly explore energy sources in the disputed West Philippine Sea.

The Inquirer learned that Duterte administration officials were in talks with their Chinese counterparts to finalize a deal that could see both governments work hand in hand to find oil or natural gas in what is also known internationally as the South China Sea.

“What we are looking at is a deal that will first cover exploration activities in uncontested areas,” said an administration official, who spoke on condition of anonymity because the sensitive discussions were still ongoing.

Asked about which potential areas would be considered uncontested given that China’s so-called nine-dash line territorial claim encompasses most of the South China Sea, the official said that these may be “areas closer to the Philippines, including Recto Bank,” that are firmly under the Philippine government’s control.

Pangilinan is one of the business tycoons joining the official business delegation of Mr. Duterte’s four-day state visit.

Forum Energy was licensed a few years ago by the Department of Energy to conduct a drilling survey in a petroleum exploration area, but the territorial dispute later prompted the government to issue a moratorium on exploration activities.

“We’re still finalizing it, but we will finish this deal in time,” the administration official said.

Another member of the delegation of President Duterte’s state visit said the proposed deal called for Philippine-Chinese cooperation to start closer to the Philippines and away from disputed reefs and islets as a confidence-building measure between both sides.

“The issue of sovereignty will not be touched,” he said, adding that once a more comfortable working relationship has been established, both sides can proceed to discuss the more sensitive areas around the South China Sea.

If sealed successfully, the joint energy exploration agreement would mark one of the most dramatic foreign policy turnarounds in recent Philippine history.

Under the aegis of US support, the Philippine government sued China in The Hague-based International Court of Arbitration, winning a unanimous decision that struck down China’s nine-dash line claims. China does not recognize the decision.

“It’s always good to build stronger partnerships with our neighbor China,” said Victor Manhit, managing director of think tank Stratbase. “But any joint exploration deal must be based on existing laws.”

Manhit noted that the Constitution, which empowered the executive branch to deal with China, was specific in its mandate that the territorial integrity of the country must not be compromised in any way.

Manhit cautioned against using a formula first proposed under the Arroyo administration in which the Philippine and Chinese governments would conduct joint seismic explorations as a prelude to possible commercial energy deals while sidestepping sensitive sovereignty issues.

“We have to be careful because sovereignty is a nonnegotiable,” he said. “It would open a lot of doors [to other potential claimants] if we give in.”

Manhit added that current talks between the Philippine and the Chinese governments would reveal the true nature of China’s intentions toward the Philippines.

“This is a test to see if they are really our friends, or just bullying us,” he said.