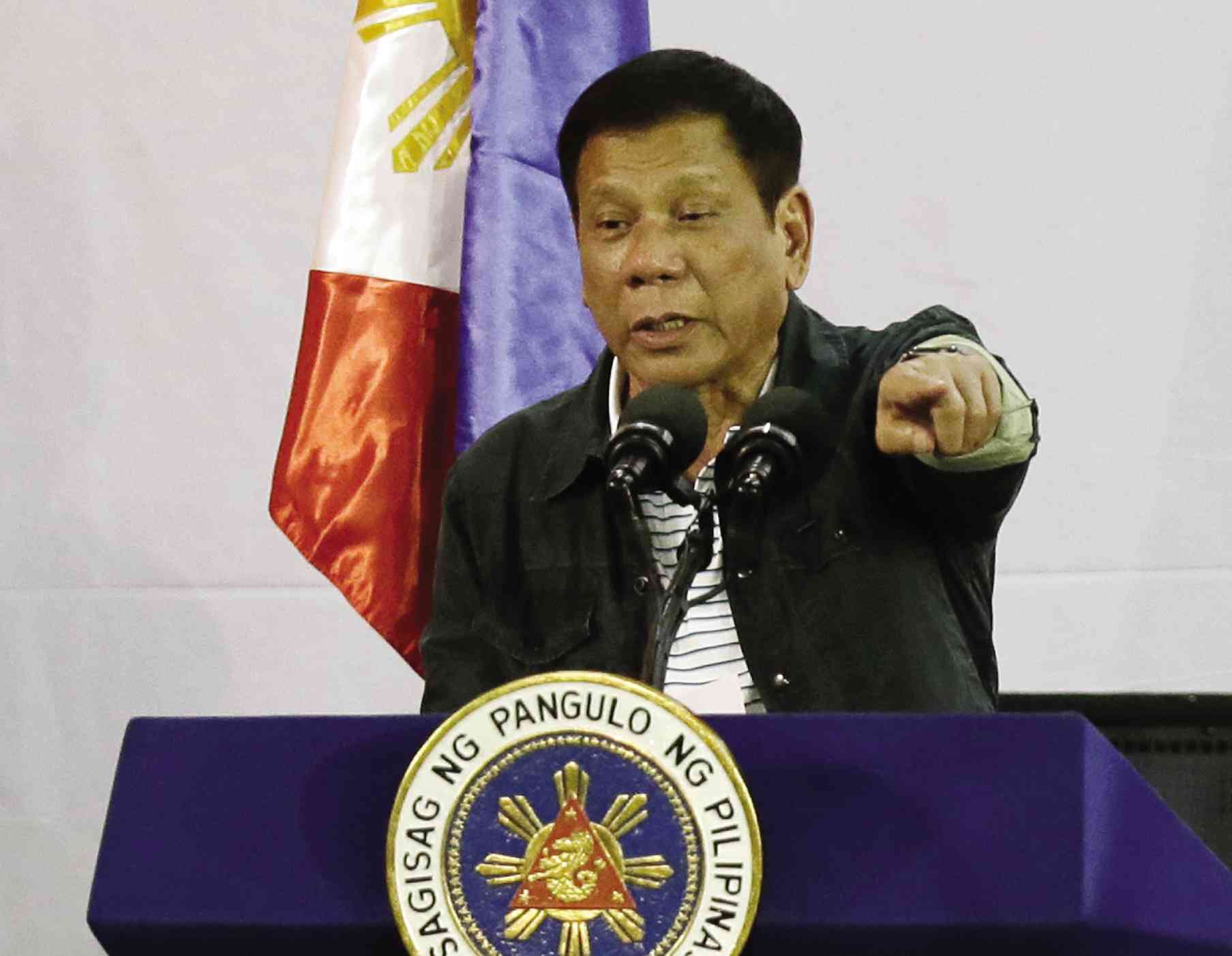 President Rodrigo Duterte’s foul mouth is wrecking the Philippine economy, scaring away investors who were quickly selling stocks and pulling out investments in the country, lawmakers from the “legitimate” minority bloc in Congress said.

In a press briefing at the House of Representatives, Albay Rep. Edcel Lagman said the President’s reckless utterances against world leaders are destroying the economy, amid a pullout of stocks and investments by investors worried about the President’s temperament.

“The reckless utterances of the President may be wrecking the Philippine economy. It’s not only the slide in the peso, the worst in seven years, but the pullout of investors from the stock market. And then we are imperiling baldy needed or fresh foreign investments,” Lagman said.

The lawmaker added that the President’s temperament also affects the opportunity of the country to maintain its good credit rating that is a crucial factor in borrowing loans.

“We are dimming the opportunity of the Philippines to have a new credit rating that would give us ready access to foreign loans,” Lagman said.

Lagman said the slide of the value of the peso and the losses in the stock market were attributed to investors pulling out foreign investments and selling stocks amid tension among investors who were worried with the President’s tirades against world leaders.

Duterte had cursed US President Barack Obama and called him a son of a b**** when a reporter pointed out to him that the US President planned to talk to him about the increasing human rights violations in the country.

During the Asean meeting in Laos, Duterte also spoke of American atrocities against thousands of Moros during the US pacification campaign in the Philippines in the 1900s, in the presence of Obama and United Nations Secretary General Ban Ki-Moon, who strongly criticized the spate of human rights violations at the height of Duterte’s war on drugs.

Duterte also flashed his middle finger at the European Union after the latter condemned the extrajudicial killings of suspected drug pushers at the height of the administration’s war on drugs.

For his part, Caloocan Rep. Edgar Erice, a Liberal Party stalwart, said the Philippines, once a rising Asian country during the erstwhile Aquino administration, is losing steam in the current Duterte administration.

Erice said it was not only Duterte’s foul mouth that is dragging down the economy, but also the conflicting statements among different Cabinet officials and a shifting foreign policy.

“During the Aquino administration, the worldwide perception is the country is one of the brightest stars in Asia. But I think it has lost steam because of several reasons: one is the reckless utterances of the President; second ‘yung pagkakaiba-iba ng mga statements ng mga opisyal ng ating gobyerno; third is parang may pagbabago sa ating foreign policy natin (second is the conflicting statements of the government’s officials; third is the change in our foreign policy),” Erice said.

READ: Yasay tells UN: Keep off our war on drugs

Lagman interjected and said the Philippines, once the brightest Asian star, is now a “falling star.”

Akbayan Rep. Tom Villarin said the Philippine economy is treading on troubled waters as he expects investors to be on a wait and see mood for a year, pulling down foreign direct investments (FDI).

(The bottomline is that we are concerned with the economic indicators. There are troubling signs in our economy, not just the sliding pesos, but the foreign direct investments as well. The foreign investors are on “wait and see” for at least one year. If the FDI is falling, that’s an indicator that our investors are not moving in.)

The lawmakers also expressed concern over Duterte’s statement that he was ready to “cross the Rubicon” from the United States, an idiom which means a point of no return as he expressed his desire to strengthen ties with and purchased firearms from China and Russia.

Lagman said it seems the President was only willing to win the drug war while demeaning the country’s longtime allies like the US.

“I think the overriding policy of the present administration is to lick or solve the drug menace, even to the extent of encouraging or condoning extrajudicial killings and the culture of violence,” Lagman said.

“His statements ‘To hell with the Americans.’ We have economic partners in China and Russia, but we should not be demeaning our traditional economic markets because that had sustained the economy of the country for so long a time,” he added.

“It’s very hard to project, if we can go away with US and the European Union and pupunta sa Russia and China. ‘Pag ganitong policies, hindi natin alam ang mangyayari sa ating bansa (If the policies are like this, we don’t know what will happen to the country). You cannot project with these kinds of statement,” Erice said. JE/rga