7-Eleven franchising for less than P1M 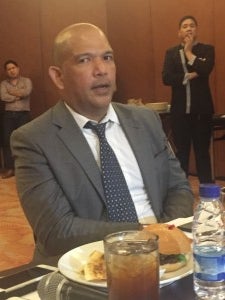 PSC is now piloting a franchising program whereby people who are hard-working and with a good track record can invest less than P1 million to put up a 7-Eleven store, much lower than the usual P3.5-million investor package offered by the company, PSC president Jose Victor Paterno told reporters in a press briefing ahead of the company’s stockholders meeting on Thursday.

The company has pioneered the convenience store format in the Philippines as the master licensee owner for 7-Eleven but this retailing space has attracted new players in recent years.

Paterno said over the longer term, the company would want to have 90 percent of its store network owned by franchisees, similar to the ratio in Taiwan.

To date, PSC has a network of 1,760 stores nationwide. Franchisees account for 57 percent of total stores while 43 percent of stores are corporate-owned.

PSC chair Jose Pardo told shareholders that the company’s immediate target would be to breach the 2,000 store mark soon.

“We believe that this sector will remain crowded and competition more intense, but we shall capitalize on our first-mover advantage and economies of scale, to maintain our dominant position in the market,” Pardo said.

“Your company has taken steps to protect and expand its leadership, recognizing that rewards for market share are especially strong in the convenience store sector. This involves not only an increased pace of expansion areas contested by competition, but strategic entry into new territories,” he added.

By offering a more affordable franchising package, PSC wants to widen its pool of franchisees.

The risk-reward ratio will be different from those who avail of the usual P3.5-million package, where the franchisees also invest in the location and take higher risk in exchange for higher returns. Franchisees can recoup their investment in as early as six months or lose their entire investment.

A good candidate would be a former store manager for a fast-food chain, he said.

“When we lower the investment, we want more applicants and we want to choose the best,” he said.