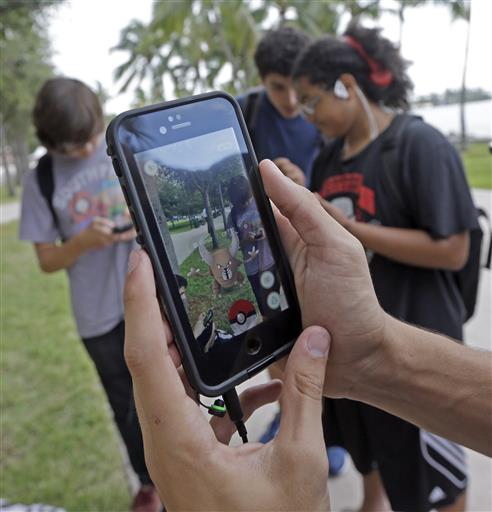 In this Tuesday, July 12, 2016, file photo, Pinsir, a Pokemon, is found by a group of Pokemon Go players at Bayfront Park in downtown Miami as the “Pokemon Go” craze has sent legions of players hiking around cities and battling with “pocket monsters” on their smartphones. AP

TOKYO — The stock price of Japanese game maker Nintendo Co. has more than doubled since the launch of the wildly popular augmented reality game “Pokemon Go” on July 6.

The Kyoto-based company accounted for nearly one in four shares that changed hands on the TSE’s main board. The sharp rise has doubled its market capitalization to 4.5 trillion yen ($42.4 billion).

“Pokemon Go,” a smartphone app that uses Google Maps to overlay reality with Pokemon creatures, was developed by Niantic, a Google spinoff that Nintendo invested in last year. The game has yet to be released in Japan and the rest of Asia. TVJ