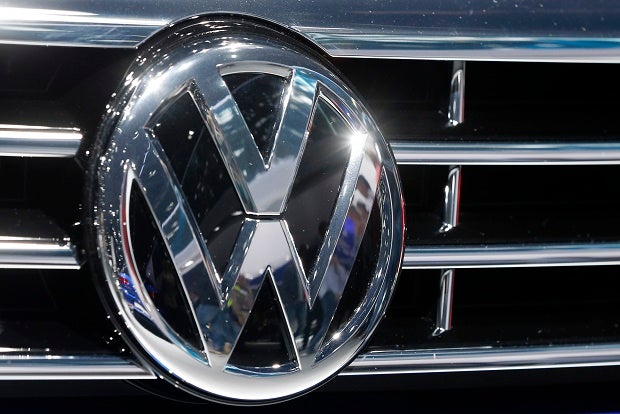 In this Sept. 22, 2015, file photo, the Volkswagen logo of a car is photographed during a car show in Frankfurt, Germany. AP FILE PHOTO

Announcing the results of the tests, the Environment Ministry also said it was fining the company 14.1 billion won ($12.3 million).

Volkswagen should submit its detailed recall plans including how to improve emissions of the cars in question to the ministry by January 6, it said in a statement.

The vehicles were mostly those sold in South Korea between 2008 and 2015, and included the popular Tiguan model.

The world’s biggest carmaker by sales has admitted that up to 11 million diesel cars worldwide are fitted with devices that can switch on pollution controls when they detect the car is undergoing testing.

They then switch off the controls when the car is on the road, allowing it to spew out harmful levels of emissions.

The Environment Ministry in Seoul had conducted tests on a number of models apart from the Tiguan, including the Golf, Audi A3, Jetta and Beetle.