A love affair with property 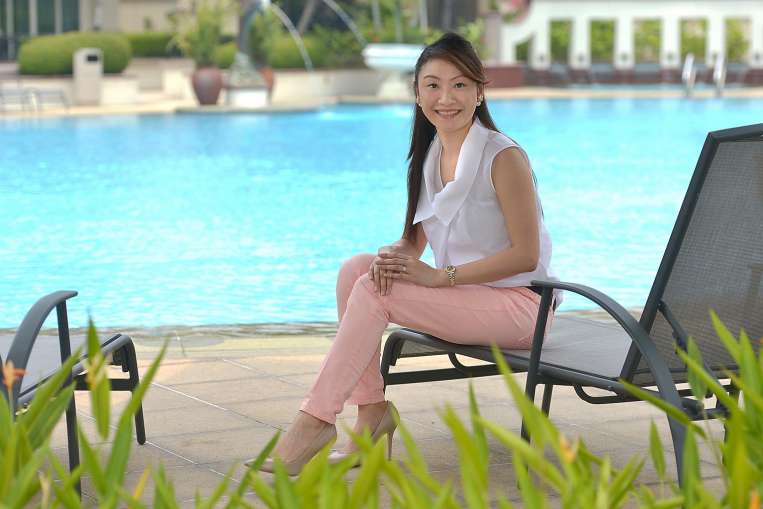 Kylie Luo and her husband started from scratch 14 years ago. Today, they own over 10 properties in Singapore. ST PHOTO: JAMIE KOH

Tax adviser Kylie Luo is a staunch believer in wealth accumulation and prefers not to dwell on the idea of frugality.

The Hong Kong-born Singapore citizen declares: “At the end of the day, I don’t want to be the richest woman at the cemetery.”

“Being frugal is a good virtue, but being able to earn more and find different sources of revenue and income is far more important in accumulating wealth.”

In her quest to grow her wealth, she took an interest in stocks, but was put off after witnessing a stock market meltdown in the 1990s.

“Some became bankrupt, while others who were very rich lost tens of millions of dollars,” said Ms. Luo, 38, who saw it happen to those close to her.

A love affair with property soon began, because it was what she and her Singaporean husband Derrick Ho, 39, knew best.

Ms. Luo recalls it started soon after she graduated in 2000 from an Australian university where she met her husband.

She moved to Singapore with Mr. Ho, and started working in a major international accounting firm.

Then, the aim was to first save enough for the downpayment on their first property.

“After we got married, we stayed with my in-laws for at least seven years, so we didn’t have many expenses and were able to save almost everything that we earned.”

With that capital, they bought a high-end condominium in River Valley at the end of 2006, with a 20 percent down payment. They managed to rent it out to expatriates, and got a yield of 6 to 8 percent a year.

In the middle of 2008, just before the collapse of United States investment bank Lehman Brothers, the property market here peaked, almost doubling their investment.

“We cashed out and together with the initial capital we had, we had almost $1 million in cash. The six months after the collapse, cash was king.”

Between September 2008 and April 2009, with cash and some loans from their family, the couple took the leap to invest in four high-end condominiums and three landed properties.

She says: “When the economy picked up two to three years after that, our properties appreciated almost 100 per cent. With the cooling measures now, my properties have still appreciated 70 to 80 percent.”

The plan is to hold on to them for the long term, so that when she retires, the properties would be fully paid off, and producing a possible monthly income of $30,000 to $50,000.

Ms. Luo, who will be starting her new job at a mid-tier international accounting firm as a tax partner, has three sons – Darren, 11, Glenn, 10, and Bryan, 6.

The investing strategy has also allowed her husband to leave his job as a bank relationship manager, and start stationery chain The Paper Stone. It has 10 stores in Singapore with franchises in the Philippines.

Ms. Luo knows it was timing and luck that had a huge part to play in their investments, but also her focus on one asset class and strategy.

“Immediately after the peak there was a quick crash, when we had a lot of cash, and we entered the market again, riding on the Lehman Brothers’ period.”

She adds that it was not a snap decision to move into the property market so quick.

“It wasn’t that we were particularly optimistic about the market, for us to make the move to invest in four properties within four months. It was a rare occurrence, and when it came, we had to be a bit ‘greedy’ and just jumped in.”

A My father was a college lecturer and my mum, an accountant. I have a younger brother who is a doctor and a younger sister who is an auditor.

We have been quite comfortable, money was never really a concern.

My father is a very frugal person – I’m the opposite, I’m a spendthrift – and he’d want me to have better control over my finances. We just share different philosophies.

He believes in saving, whereas I believe in earning more, to allow me to spend more.

A I was inspired by a Cantonese movie about the stock market and thought investing in stocks would bring me good money.

I later realized that stocks are quite risky. If you don’t know a company well, then don’t invest.

I started thinking about a better way to invest and accumulate wealth.

Coming from Hong Kong, and with my husband from Singapore, we know the value of property, that it’ll hold its value in the long run and hedge against inflation.

A We’re tuned in to the concepts of fear and greed.

My father-in-law always taught us – and later I realized he learnt from Warren Buffett – about the concepts.

You try to be fearful when people are greedy, and try to be greedy when you sense there is fear in the market.

It basically comes down to the point that you should buy low and sell high. Don’t follow the crowd.

When you see everyone jumping into the stock market, it’s time to retreat and cash out your gains.

During the Lehman Brothers’ time, nobody was buying anything. Even my family members and in-laws were shying away from the market. No one wanted to invest because they already got burnt.

We bought the properties low at a time when we could also borrow less, to reduce our risk. That helps with our monthly instalments, if not, we don’t have the holding power.

We invest only in certain locations. When it comes to landed properties, we invest near international schools to rent out to expatriates. We know who we want to rent out to, that we want to hold the properties and get capital and rental yield.

The condominiums that we invest in are all in Districts 9, 10, 11 and 15, which are rented out to expatriates, which I think is the only way to get a steady source of income.

At this moment, we will not invest as far as Woodlands unless we’re living there. Otherwise it’s hard to find a tenant.

Q What’s in your portfolio?

A We have eight insurance policies, eight residential properties and one commercial property in Singapore and one property in Australia. We also have enough cash for working capital purposes.

We don’t buy stocks as we don’t believe in diversification that way.

Diversification to us means that if you don’t know your goals, then you diversify, but if you have a very focused strategy, then it’s best not to.

If you choose the real estate market, then your diversification is within the asset class. It could be different locations or different types of real estate. It need not be another type of asset class.

Q What does money mean to you?

A Money means the ability to sustain a certain lifestyle that I want, bringing in the level of comfort that I want in life, and to have the freedom to do the things I like and not just slave for it.

I don’t try to stinge on myself and save every penny.

Q What’s the most extravagant thing you have done?

A My husband and I bought a gold Rolex each. That was when we realized a gain on our first property, and my husband decided to get a men’s and ladies’ version of the watch.

Q What has been one of your biggest regrets when it comes to investing?

A The regret of not seizing the opportunity to invest to its maximum. We could have bought one or two more properties, but perhaps it was the greed – that we thought the prices would drop further – that stopped us, and then the prices rose.

Q What are your immediate investment plans?

A Opportunities come once in a lifetime, like the financial crisis. That’s why we haven’t been investing here for a few years, and are actively looking overseas. We are currently looking at a property in London and hope to complete the purchase by early next year.

We won’t invest here in the short term especially with the cooling measures, but when the time is right.

The thing about investing overseas is the inherent forex risk. Your capital gain could sometimes be wiped out by the currency depreciation.

A good example would be the Australian property we invested in. The exchange was about S$1.30 to A$1 then, but now we’ve lost about 30 per cent.

Even if we can sell the property for a 30 percent profit, it neutralizes all our gains.

It’s not as good as investing in your own backyard, where you know the market well, you have control over rental and maintenance.

Q How are you planning for retirement?

A If I have a secure income base, I want to do charity, and travel around the world with my husband.

I’ve thought about doing charity for children as children have unlimited potential.

A A terraced house in the north-east.

A A Jaguar XF.

He borrowed $446,000 from his girlfriend while courting her