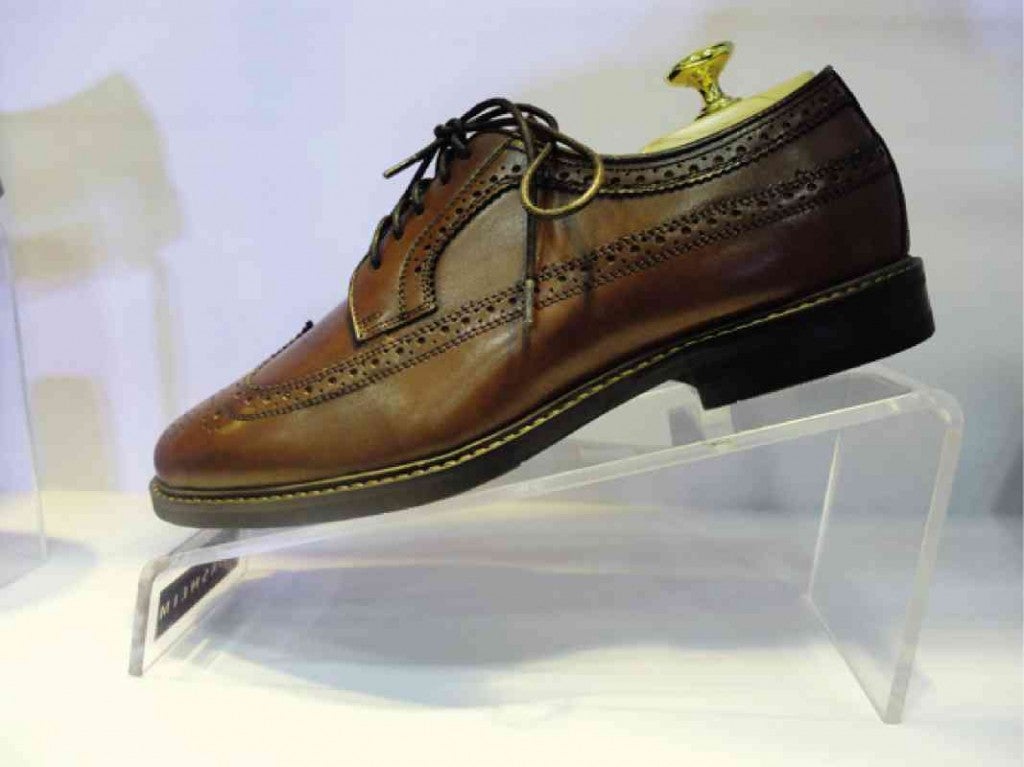 Men’s shoe made of genuine leather and created in traditional way.

Today’s generation of young working men has been changing the shoe market landscape not only in the Philippines but in other parts of the world as well.

With stronger purchasing power earned through stable jobs courtesy of an improving economy, Filipinos in particular have become more discerning when it comes to fashion brands.

Although American shoe brand Florsheim continues to improve its core product of men’s shoes, it now dedicates 50 percent of production to ladies’ shoes.

The rationale behind this, says Eric Leung, general manager of Florsheim Asia Pacific Ltd., is that female shoppers buy more shoes than men.

In fact, he adds, men tend to buy two or three pairs a year while women buy almost every week.

Leung believes that Florsheim’s strength is its classic men’s shoes, which continues to thrive after over 120 years. 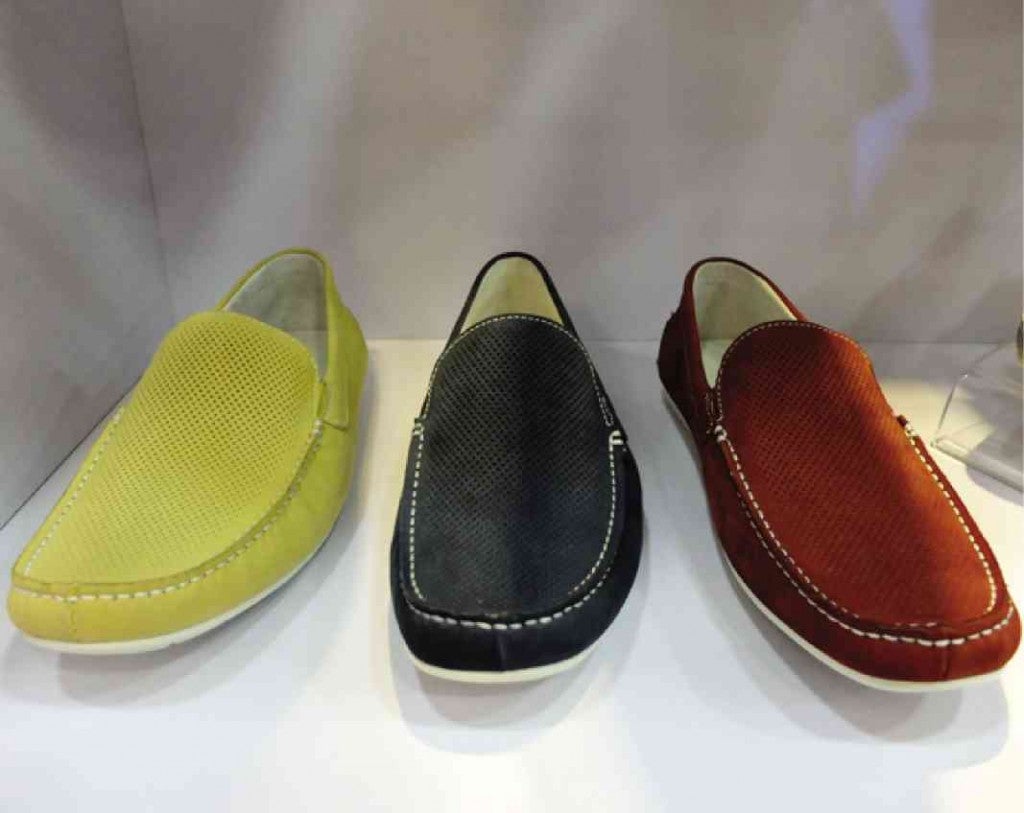 In 1892, Milton Florsheim started The Florsheim Company in Chicago, Illinois. From the start, the company has banked on its high quality workmanship, enabling it to corner the contract to create boots for American soldiers during the two world wars.

In 1931, the company started making ladies shoes, possessing the same quality, comfort and style as its core product.

The Philippines is the brand’s third largest market in the region after Hong Kong and China. Leung attributes it to Florsheim’s 22-years partnership with local distributor Retail Specialist Inc.

Leung was in the country recently to open the company’s 10th store at the Ayala Fairview Terraces in Quezon City.

Hong Kong, being a shopping capital, is Florsheim’s biggest market in Asia. Even though the brand caters mostly to the high-end market, Leung says the Hong Kong branch sells up to 200 pairs in one day.

In the Philippines, prices of men’s Florsheim shoes may go up to P10,000.

“But we have products that can last for decades,” Leung says. These products are those made of genuine leather.

Pricing was a major hurdle when the company started operating in the country. Leung says that lawyers and businessmen are their initial market because they have the purchasing power. Nowadays, young professionals like to invest in good leather shoes for their durability, style and comfort.

The shoes are expensive because the leather materials are made using the traditional method. Rubber materials on the other hand, can be adapted to suit different tools and technology, Leung explains.

Florsheim customizes its products depending on the market. It has a team dedicated to producing shoes for the Asian market, while another team focuses on Westerners.

This is because “we have different needs and profile, and we live in different seasons,” Leung says.

Westerners need materials that can allow them to slog through winter, while Asians have lighter feet compared to Americans.

The brand’s “Return to Classics” campaign puts the spotlight on wingtips, loafers, and lace-up men’s shoes. Men tend to go for a more directional, rounder toe shape with neutral tones like cognac and taupe, Leung says.

Leung says that by sticking to the classic style, the company gets to keep that niche market of mature professionals.

Leung says that, in spite of the earthquake in Nepal, Florsheim is still looking at opening a store there as talks have been underway before the disaster.

He also mentions Cambodia as a possible location for new stores as interested parties have approached them.

Florsheim has stores in Australia, Bangladesh, Italy, Sri Lanka and Vietnam, among others.