Inflation slower than expected in April 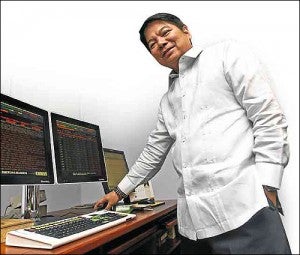 MANILA, Philippines–Consumer prices rose by a slower-than-expected rate in April, giving the central bank ample room to implement policies that would further boost the economy’s growth.

In April, inflation slowed to a new 20-month low of 2.2 percent, which was below the 2.4 percent most analysts expected.

This brought the average for the first four months of the year to 2.3 percent—lower than the previous 2.4 percent.

“Growth remains robust, making it unlikely that the BSP will join other central banks in the region in easing policy,” Barclays bank economist Rahul Bajoria said in a note to clients.

“The Philippines remains a significant beneficiary of lower oil prices,” he said.

Keeping prices stable to protect consumers’ purchasing power is the BSP’s primary mandate. The BSP manages inflation by using policies that affect demand, such as the cost of money, determined through interest rates.

The BSP also manages the amount of money circulating in the economy, ensuring that there is enough cash to fuel economic activity without stoking excessive rise in prices.

Throughout 2015, the BSP wants to keep inflation within a range of 2 to 4 percent.

Tetangco said that, despite the low inflation, the BSP would remain vigilant of policy moves overseas, particularly in the United States, which could affect financial markets in the Philippines.

He said the main concern from abroad was “the Federal Reserve’s actions, and global market interpretations of such actions, how the interactions of these two factors are absorbed by our own financial markets, and how domestic economic agents use these to shape their inflation expectations.”

Monetary officials in the United States this year are widely expected to hike interest rates, which have stood at record lows since the 2008 global financial crisis.

The timing of the move, however, remains uncertain given the weakness in the American economy. Higher interest rates could threaten to stifle the US economic recovery.

In the first quarter of the year, the United States economy grew by 0.2 percent.