business / Columnists
Columnists
ALL IN THE FAMILY

Do the Chinese really work harder than everyone else? 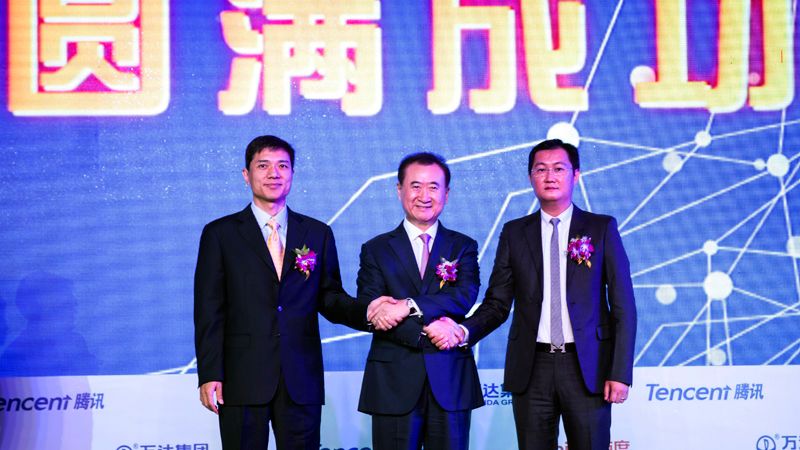 In 1989, Martin Sorrell, head of the advertising firm WPP, looked out while on a train from Hong Kong to Guangzhou, China and could not believe his eyes. It was Sunday, but thousands of Chinese did not pause from their toil.

“What are the British doing at this time?” Sorrell told the UK’s Daily Telegraph. “Watching football at the pub! We had no choice (but to expand to China). The future was here.”

Sorrell was not the first to marvel at the Chinese work ethic. In his 2013 book “Chinese Whispers,” Ben Chu, economics editor of UK’s The Independent, describes similar observations from foreigners through the centuries.

In 1750, Scottish philosopher David Hume said that if China were as near to Britain as France or Spain, then “everything we use would be Chinese,” a remarkable foresight of our modern world, where most things are made in China.

In 1872, the American satirist Mark Twain said that “a lazy Chinaman does not exist,” and added that “white men often complain of want of work, but a Chinaman offers no such complaints; he always manages to find something to do.”

In 1900, English writer Rudyard Kipling visited Hong Kong and never saw “a single Chinaman asleep while daylight lasted … or 20 men who were loafing. All were going to some definite end.”

The most tangible proof of Chinese industry came in the form of the US First Transcontinental Railroad, which connected the east and west coasts in 1869. Thousands of workers hacked their way through the Sierra Nevada mountains through six harrowing winters. 90 percent were Chinese, 11,000 of them, and 2,000 died during construction, buried near the tracks.

At the eve of the Second World War, US marine Evans Carlson was bowled over by the sheer industry and drive of the Chinese who were then resisting the Japanese. This trait was called gongye hezoushe in Chinese, and from this term, Carlson coined the word “gung-ho,” still in use today to denote enthusiasm, cooperation and dedication rolled into one.

Do the Chinese themselves feel that they work hard? Throughout most of its history, generally, yes. Ben Chu again marshals the evidence, starting with the popular saying chi ku nai lao, which literally means “eat bitterness, endure labor.” Most Chinese are resigned to the idea that toil is an inescapable part of life.

In dynastic days, one of the few ways for an ordinary citizen to better his lot is through passing the civil exams, and Chinese history is replete with legends of sons (daughters were not allowed to study) who burned the midnight oil or studied with firefly light, and parents who sacrificed everything to ensure that their kids’ diligence paid off.

When the communists took over, hard work became part of the national fabric. In 1945, Mao Zedong narrated the story of an old man and his two sons who were using ordinary hoes to move a mountain. When people laughed, the old man said, “When I die, my sons will carry on; when they die, my grandsons, and then their sons and grandsons, to infinity. The mountains cannot grow any higher, and with every bit we dig, they will be that much lower.”

In 2011, in the wake of the American and European financial crisis, Jin Liqun, head of the sovereign wealth fund China Investment Corporation, described to UK Channel 4 News the contrasting work ethic of East and West.

“The root cause of trouble is the overburdened welfare system, built up since the Second World War in Europe, the sloth-inducing, indolence-inducing, labor laws. People need to work a bit harder, they need to work a bit longer, and they should be more innovative. We Chinese work like crazy.”

Even in the East, the Chinese are viewed as the most hard-working. In 2004, former Singapore prime minister Lee Kuan Yew contrasted the two Asian giants, China and India, placing his bets squarely on the former.

“The Indians haven’t got the Confucian culture. Without … a culture that enjoins you to endure hardship and have the stamina to struggle on in a cohesive society where the individual subsumes himself for the benefit of the family and his society, it’s difficult to expect that degree of sacrifice.”

The above findings do not mean that other people are not hard-working. Pinoys may not be that disciplined here, but overseas Filipino workers, from helpers and teachers to seamen and construction workers, have a reputation as being solid and reliable. Immigrants of whatever stripe, whether from Asia or Africa, work incessantly to make a better life for themselves and their children.

The Chinese reputation for hard work appears to have basis. But researchers now question whether this will last.

(To be concluded next week)

Henry Sy is 73rd richest in the world, 11 other Filipinos in 2015 billionaires list

PAL in the red as Lucio Tan returns