Unified equity-bond exchange expected to be ready in Q2 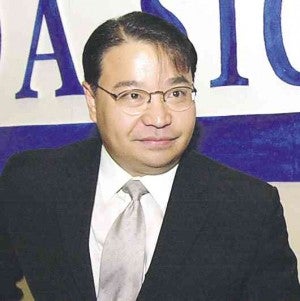 On paper, merging two of the country’s biggest bourses—the Philippine Stock Exchange for equities and Philippine Dealing and Exchange Corp. for bonds—looks like a good idea.

And if the words of its prime movers are an indication, all stakeholders want it to happen. Certainly, there are no objections being voiced to the union of the PSE and PDEx, which, theoretically, should see the creation of a more efficient, seamless financial market for the country.

After all, who doesn’t want to see the Philippine capital markets mature further?

But if everyone is for it, and no one is against it, why has it taken years—and counting—to create a unified equity-bond bourse for the Philippines when the technology needed for such a union is readily available?

If the proponents are to be asked, the problem is nothing more than a long series of minor hiccups, one after the other, that has bogged down the process.

According to PSE president Hans Sicat, the first “sticky point” that had to be ironed out between the stock bourse and the Bankers Association of the Philippines (which owns the largest stake in PDEx at close to 30 percent) was the issue of governance, specifically the final number of representatives each existing stakeholder would have on the merged entity’s board of directors.

Another sticky point was the “due diligence” that PSE had to undertake on PDEx. Apparently, the union was approved by major stakeholders years ago without the benefit of the surviving entity (in this case, the PSE) examining the books of the target firm (PDEx) in great detail.

As such, it took a while for the final valuation of PDEx to emerge. This is crucial to the success of the merger because the final value of the bond exchange would represent how much in shares of stock in the merged entity the present shareholders of PDEx would receive as their share after the union. 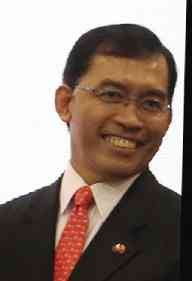 Sicat said that no thorough due-diligence was performed earlier and that an additional one was now being conducted belatedly.

“When we first put it out together, we didn’t have a full due-diligence, even in the first term sheet that we sent,” he said in a recent financial forum. “So now, we were already able to take additional due-diligence.”

The indicative result of this due-diligence process is an enterprise value for PDEx of P2.25 billion—a price that the selling party, the BAP, is accepting grudgingly since some bankers believe the bond bourse is worth more; while the stockbrokers who own PSE feel it is too high for an entity that has yet to turn a profit.

Finally, there is the issue of an outstanding legal case where some former lawmakers and financial market practitioners asked the Supreme Court to issue an injunction against PDEx because they felt that the very concept of a bond exchange was illegal.

The issue remains pending before the courts and presents a level of uncertainty over the operations of PDEx as well as the proposed union, especially if the court suddenly decides in favor of the petitioners and grants the injunction.

“There’s that legal issue which we have to look at,” said Sicat. “That’s a concern that’s affecting the merger.”

On the upside, both parties agree on the final form of the merged entity, at least in terms of board representation. Stakeholders agree that the PSE would end up controlling 67 percent for a so-called “supermajority” in the merged bourse.

If this happens, the Philippine capital market is expected to become a more attractive environment for both large fund managers as well as retail investors, according to both Sicat and BAP president Lorenzo Tan.

As it stands, the number of Filipinos who invest in equities remains relatively low compared to levels seen in neighboring countries. But a unified bourse could change this, especially if trading of bonds— nowadays almost exclusively available only to corporate investors and high networth individuals—become more accessible to the retail market.

This is especially so because stocks and bonds have historically tended to move in opposite directions, depending on market conditions. Thus, in a merged bourse, any stock investor worried about unfavorable equity market conditions would theoretically be able to rotate his funds in a seamless manner into fixed-income securities to protect the value of his assets, or vice versa. It is an investor’s dream.

When will it happen? Both Sicat and Tan believe that it can happen within the second quarter of this year, that is, within the next three months.

Both are wise enough to know that this is an aggressive timeline, and that the union has been the subject of delays and hitches before. But when it happens, it will be beneficial to all stakeholders, especially the smaller investors.