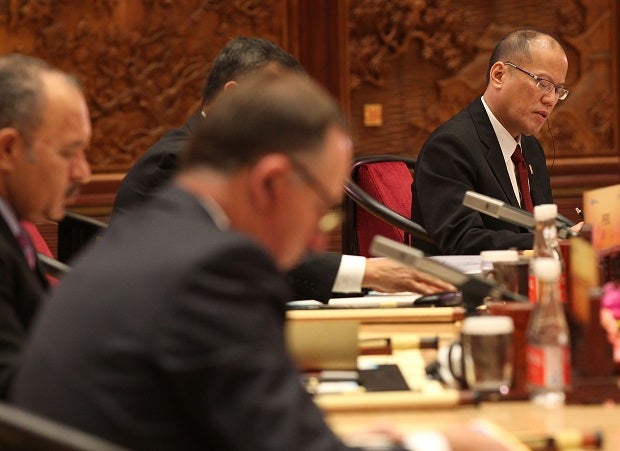 BEIJING, China— President Benigno Aquino III said Tuesday he would leave the decision on whether the Philippines should join a proposed Asia Pacific free trade zone to his successor.

The President made this statement in separate interviews with Philippine journalists covering the just-concluded Asia Pacific Economic Cooperation (Apec) Summit and the news agency Reuters before he left Beijing Tuesday night to attend an Association of Southeast Asian Nations (Asean) summit in Myanmar.

Aquino said that all 21 Apec leaders agreed here to start work on the Free Trade Area of the Asia Pacific (FTAAP), which China had pushed for strongly, but he noted that the conclusion of the studies would come toward the end of 2016, when he would have already stepped down from office.

“The bottom-line is, I would be out of office by 2016 and I would not want to… tie the hands of my successor,” Mr. Aquino said.

The President ends his six-year term of office in June 2016.

But he stressed that the Philippines would study the free trade arrangement and prepare for it.

Apec leaders agreed to begin studying issues on the FTAAP and will submit recommendations by the end of 2016.