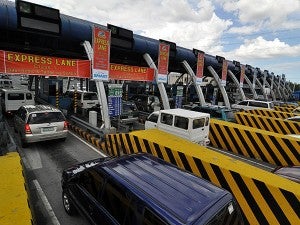 The company made the announcement as it reported posting a 6-percent increase in its net profit in the first nine months of the year.

MNTC said its net income during the period hit P1.82 billion, while toll revenues rose by 4 percent to P5.47 billion, propped up by a 6-percent increase in average daily traffic to 181,448 vehicles.

“The company is poised to set a new record high annual traffic volume for the third straight year after ending the lean season within the range of the expected slowdown in traffic growth during the third quarter,” MNTC said.

It said gains were led by so-called Class 1 vehicles, which refer to cars, jeepneys, pickups and vans. The volume of Class 1 vehicles rose 6.8 percent and accounted for half of toll revenues during the period. MNTC said the stable price of fuel was also a factor in the increased level of travel.

The company also reported an increase in non-toll revenue of about 55 percent to P89 million. Core income, it said, was up 6 percent to P1.84 billion due to higher sales and “prudent cost management.”

Earnings would have been higher if the government had acted on a long-sought after toll rate increase, the company said.

MNTC said it filed last Sept. 30 a petition with the Toll Regulatory Board for the bi-annual rate adjustment due in January as provided in its concession. The petition is in addition to the pending petition filed by the company in 2012 for the toll rate adjustment scheduled on Jan. 1, 2013.

“The current petition would bring the cumulative toll rate adjustment to 15 percent, of which 12 percent is long overdue,” the company said.

Expansion projects, meanwhile, were continuing at the NLEX.

MNTC said it was in the final stages of construction of Segment 9 of the NLEx Harbor Link Project, slated to open by the first quarter of 2015. The segment will feature a 2.4-kilometer, four-lane at-grade expressway from the Smart Connect Interchange to MacArthur Highway in Valenzuela City.

“Upon completion, motorists will be able to reach Mindanao Ave. in Quezon City within minutes from MacAurthur Highway in Valenzuela City and vice versa, bypassing Edsa,” MNTC said.

It added that “pre-construction” activities for the elevated segment 10 “are progressing after the issuance of the notice to proceed.” The 5.6-km expressway will run from the Terminal of Segment 9 in Valenzuela City through C-3 Road/ 5th Avenue in Caloocan City.

The Metro Pacific group is currently in talks with the government over the implementation of an 8-kilometer elevated “connector” tollroad that would link NLEx and the South Luzon Expressway of San Miguel Corp. and Indonesia’s Citra Group.

MNTC noted that its officials have officially relayed their preference for a joint venture with the state-run Philippine National Construction Corp. last Oct. 29, the statement showed. The tollroad, mainly due to disagreements within the government on its implementation, was delayed by at least one year and would be completed by 2017 at the earliest, Metro Pacific officials said earlier.