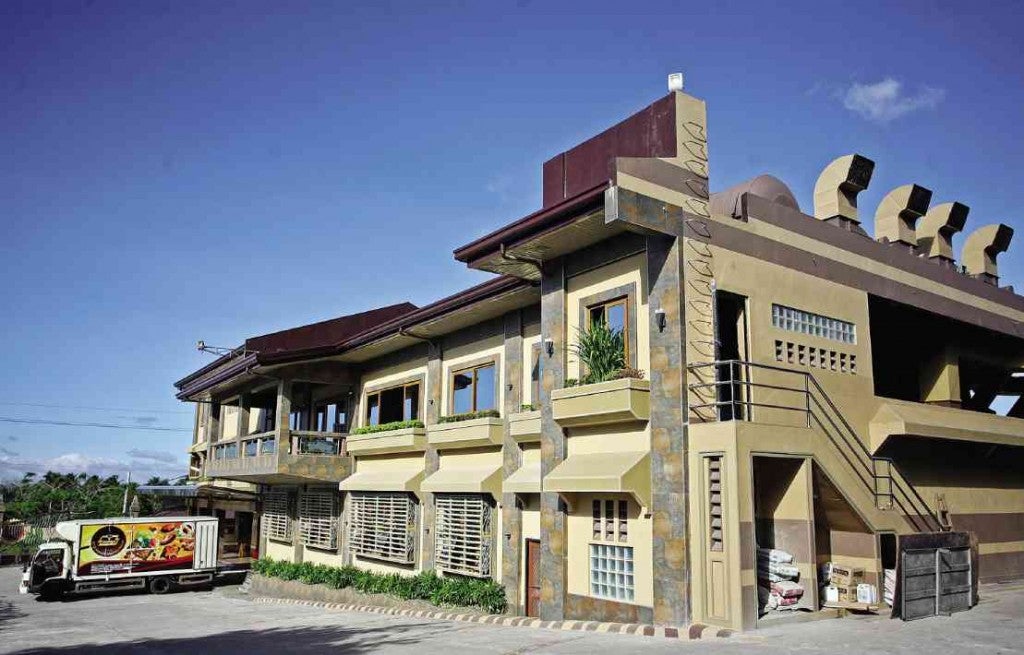 The secret ingredient was Baguio beans.

When Salvador “Buddy” Veluz went back to his hometown in Lucban, Quezon province after his father’s demise, he decided to make use of the piece of land owned by his family which was ideal for farming. 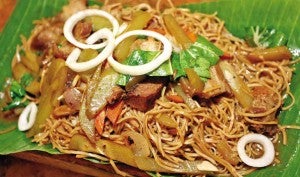 From there, he started growing crops like radish, sweet potato, and Baguio beans.

With the help of his wife Nova, Buddy transported and sold his produce to Divisoria, Manila. The selling lasted two years.

One day, they noticed that their harvest was infested by pests, causing it to have black spots. The truckload of beans was brought back from Manila.

Knowing that the harvest may be wasted, Buddy salvaged the beans and instead, made fresh lumpia out of it.

“[Buddy] peddled his lumpia to banks, the municipal office, schools, and even park-goers,” Nova recalls. “It was very well patronized, motivating Buddy to combine his passion for cooking with business.” 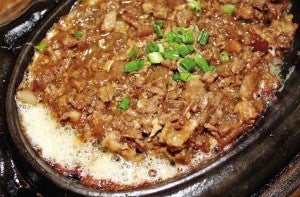 Patrons however had overgrown his lumpia, so Buddy cooked his own recipe of spaghetti, asado sandwich and hamburger. From the small space of eatery shared with his brother Agot’s LPG store in Lucban, Buddy  finally put up his own restaurant. Thus, the first branch of Buddy’s Pancit Lucban was opened.

Even with the presence of known local fast-food chains in the country, Buddy’s remains to be competitive. Today, it has 11 branches in the country-five in the Quezon province, six in Metro Manila. One recently opened in Cubao, Quezon City.

“We still have the enthusiasm to keep the food venture growing,” Nova says.

Buddy’s best-sellers also vary to where it is located. In Quezon, customers usually order hardinera, the province’s variation of embutido (Philippine version of meat loaf), and while in Manila, their pancit Lucban, longganisa Lucban, sisig and porkchop steak are the favorites. 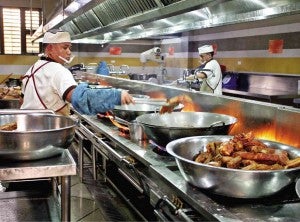 THE COMMISSARY, which started operations last year, has now 40 employees working in shifts. The supply of production depends on how many orders are placed by each Buddy’s branch.

According to Buddy’s son, Vincent, their SM Lucena branch surprisingly has the most number of patrons.

“Perhaps the locals are still looking for that familiar taste,” he says. “They choose Buddy’s because they already know what to order.”

In 2013, Buddy’s Restaurant commissary began its operations to accommodate higher demands from its branches. It has expanded from the small and divided “production house” in Lucban and Lucena.

“As my husband Buddy cooked and managed the kitchen, his main concern has always been product safety  and cleanliness,” Nova says. The commissary also offers educational tours for college students, particularly those in hotel and restaurant management courses.

“We show them the different stages of food processing,” she says. There are 40 employees at the commissary as of the moment.

Buddy also wanted to give his customers a feel of what dining experience in Lucban is, the reason why each branch is decorated with colorful chandeliers made of rice kiping, sunflowers, and indigenous products from Quezon, all inspired from the Pahiyas Festival. Through this, he wanted to promote Quezon’s tourism as well. 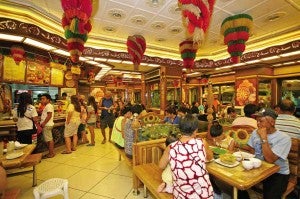 THE FIRST Buddy’s branch in Lucban.

“That is why our tagline is ‘Dito sa Buddy’s, parang laging fiesta.’ (Here in Buddy’s, it’s like a fiesta everyday),” Nova explains.

The Veluzes, however, have no plans to go into franchising yet. Vincent explains that they want to maintain the quality of their products before considering the idea.

“We serve our food fresh and there’s a risk that the quality might be affected when we accept franchise,” he says. “But we’re not closing doors; we’ll see in the near future.”

Read Next
In Pagsanjan: Ancestral home now hotel-restaurant
EDITORS' PICK
Driving can be even more rewarding this New Year — here’s why
New Year, New Rediscoveries
Experience clearer calls nationwide with Smart VoLTE
FDA anticipating Moderna, 2 Indian firms’ EUA application
Lorenzana defends decision to terminate UP accord: ‘Times have changed’
Benguet’s Strawberry Festival canceled
MOST READ
Proposed toll for newly opened Skyway 3 ranges from P110 to P274
Duterte to firms: No franchise until you settle your accounts with gov’t
‘Hotbed of recruitment’: Lacson backs termination of UP-DND accord
Lapu-Lapu: From one-centavo coin to P 5,000 bill
Don't miss out on the latest news and information.