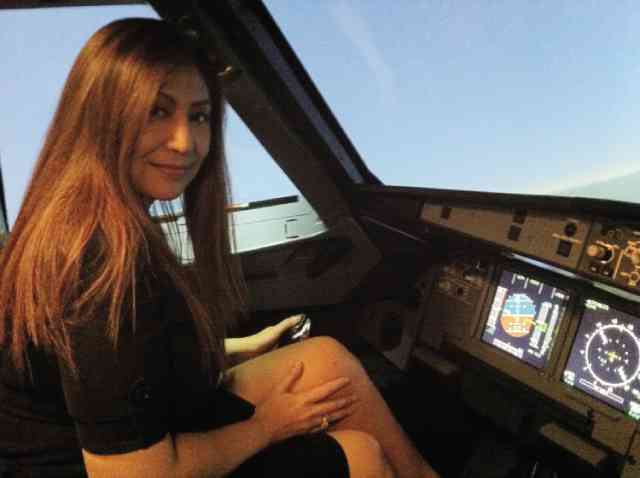 As managing partner of Aviation Hub, a year-old company that distributes and services Tecnam and Eclipse Jet planes in the Philippines, she is completing her technical studies and has started training on flight simulators. In about a month, she will take a Tecnam plane to the sky on her way to becoming a certified pilot.

Velez, at the same time, remains active in show business, which she entered in 1976 when she was only 16, eventually winning the Film Academy of the Philippines Best Actress award for “Pieta” in 1983, the Famas and Metro Manila Film Festival Best Actress awards for “Paradise Inn” in 1985.

She is also getting ready for the delivery of the first five Tecnam planes from Italy to WCC-Aviation, which will use the more cost- and fuel-efficient planes for the training of future pilots.

The order is just the first of many that Aviation Hub has already been contracted to provide to other flight schools, which had been looking for more efficient planes to bring down the cost of learning how to fly an airplane. 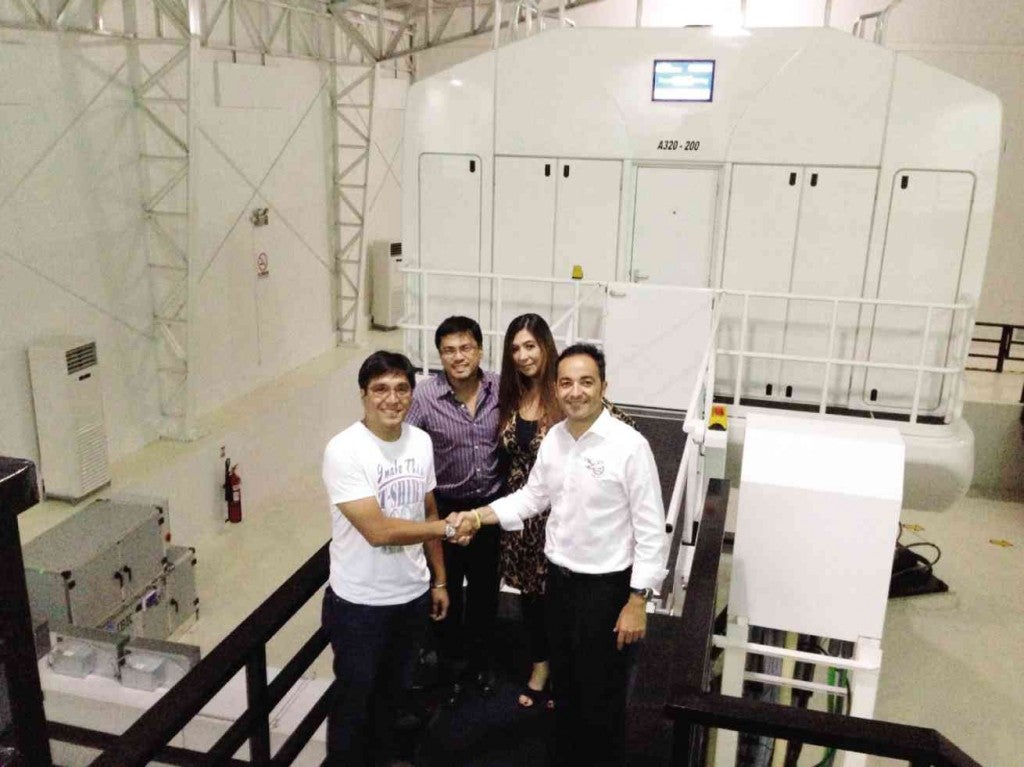 The statuesque Velez, known as “Ms. Body Beautiful” of Philippine movies at a time before Photoshop and cosmetic surgery were in vogue, tells Sunday Biz that she went into the aviation business because of the untimely death in 2012 of Local Government Secretary Jesse Robredo, whom she greatly admired.

“I thought that it was such a waste. That incident triggered my advocacy now to make the skies safer for everyone,” says Velez in an interview.

She partnered with a US-based friend, Ed Totanes, a longtime consultant in the highly competitive aviation sector, and they put up Aviation Hub in February of 2013.

Together they negotiated a master dealership agreement with 66-year-old Tecnam Construzione Aeronautiche of Italy, the world’s largest and oldest light aircraft manufacturer, to bring in the planes that are ideal for personal and training use.

Tecnam planes are being used in flight schools in 32 countries.

Velez, who enrolled in Marketing and Management at Pierce College in California, explains that she and her partner focused on light aircraft because of the realization that most of the 35 registered flight schools in the Philippines are using quite old planes to train their students.

These planes are expensive to operate because they use aviation turbo, which costs almost three times as much as regular unleaded gasoline. As a result,      flight students shell out about P25,000 to P35,000 for an hour’s flying time. In all, a student will need to spend over P4 million to complete the required 200 hours before becoming a certified commercial pilot.

Velez, who has always been fascinated by airplanes, claims that by using the Tecnam planes, which use ordinary unleaded fuel at 91 octane, the cost of an hour’s flying time can go down to as low as P5,000.

This makes flight school a viable option for more families who want to take advantage of the huge demand for pilots, not just in the Philippines where air travel continues to grow with the expansion of the operations of local airlines, but also abroad.

“I believe that the Tecnam plane can be a game changer,” says Velez, adding that the time is right for Aviation Hub to be in the market because many flight schools are refleeting, finally deciding to let go of their aging planes that have been around since the 1970s for more cost-efficient light aircraft.

“There is also a new rule now that pilots have to take an English proficiency exam so that makes the Philippines a perfect place for flight schools. That is one of our missions, to go out there and tell students all over the world that the Philippines can be a center for aviation,” says Velez, who lost her fear of flying when she went into the aviation sector.

Velez says Aviation Hub offers different price schemes and options to clients to make it easier for them to acquire the aircraft.

“Typically, we sit down one-on-one with the client to get them exactly what they want. There is no standard price. Based on our financial study, with typical flying hours of different flight schools of 100 hours a month, the school will get their return on investment within 18 months for our twin engine aircraft,” says Velez.

While Velez is new in aviation, she is an old hand in entrepreneurship.

Many of her colleagues in the fickle world of show business employed professional managers, but she decided to manage her own career not long after she entered it. She also went into movie production after just three years through Amazaldy Film Productions, thinking she might as well as earn from her own talent instead of making other producers profit from her efforts.

“I was a money-making machine. There was a time when I made about 20 movies a year. I was conscious of the fact that the career will not last, maybe just a few years, so I worked hard,” says Velez who, at one time, shot one movie in the morning, another at lunch, and yet another in the evening.

And Velez, whose US-based parents were also in business, was always careful with her money, setting some aside for investments such as real estate and ventures. She put up Entertainment Limited, which produced shows and concerts here and abroad, and recruited and trained marketing specialists for casinos and events. 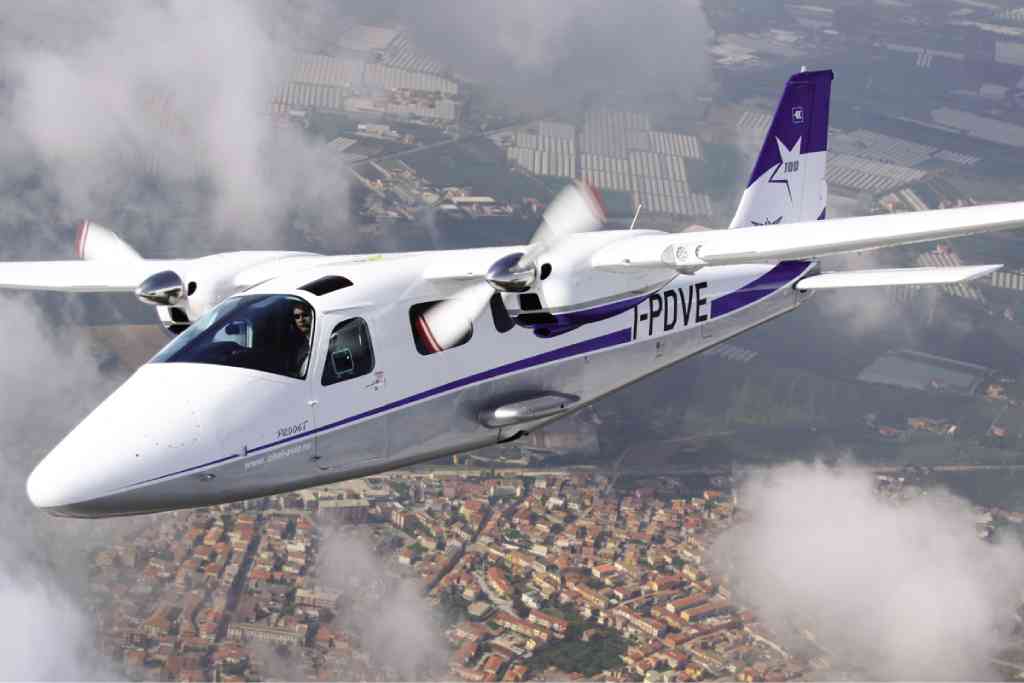 “Early on, I knew how to take care of my money. I saved and bought property and invested in businesses. I win some, I lose some. I have done some projects that were not successful, but I just go on. Risk is part of business,” she says.

Velez, now a mother of two teenage sons, also splurged from time to time, mainly on extensive travels, which to her are also investments in knowledge, coming in handy in the aviation sector. An airline ticket was more valuable to her, she says, than clothes or jewelry.

Velez says having a name in show business does open doors for her, especially since it will still take some time to convince flight schools, that are used to operating Cessna and Piper aircraft, to invest in new planes.

But it can also be a disadvantage, says Velez, who is currently doing a movie with popular actor John Lloyd Cruz, because some of the men that she talks to can’t seem to get past her image as a sexy star.

“I can, of course, feel it when they have this perception of me. But I just have to prove myself, that I am more than just a Vivian Velez,” says Velez, who is in charge of marketing and branding for the joint venture aviation company, which is also looking to sell planes for inter-island travel.

For Velez, the sky is not the limit. Rather, it is just the beginning.