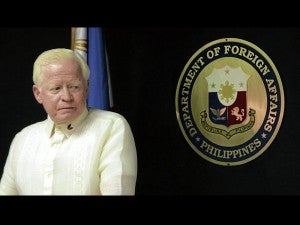 MANILA, Philippines – The United States (US) and Europe has fully opened its doors to the Philippines Thursday with the Federal Aviation Administration’s (FAA) upgrading of the country’s aviation security ratings to Category 1 status and the European Union’s (EU) lifting of the flight ban on local airlines.

“We congratulate the Civil Aviation Authority of the Philippines (CAAP) for a job well done in ensuring the lifting of the International Civil Aviation Organization’s (ICAO) significant safety concerns, the lifting of the European ban on local airlines, and now, the FAA upgrade to Category 1,” Transportation and Communication Secretary Joseph Abaya said in a statement Thursday.

With the Category 1 status, Philippine airline companies can now fly to the US as well as add new routes and increase flight frequencies.

The European Union (EU) is expected to announce the lifting of the air ban on local carrier Cebu Pacific following its previous lifting of the ban on Philippine Airlines (PAL) last July 2013.

The Philippines was downgraded to category 2 status in January 2008 upon the recommendation of the ICAO which had found “significant concerns” over CAAP’s ability to meet international safety standards.

A category 2 rating means a country lacks laws or regulations necessary to oversee air carriers in accordance with international standards or that its civil aviation authority is deficient in one or more areas, such as technical expertise, trained personnel, record-keeping or inspection procedures.

“Regaining Category 1 status has been one of our major economic diplomacy thrusts in the United States,” Philippines Ambassador to US Jose Cuisia said in a statement. “With the Category 1 rating, we hope to see the expansion of flight routes in the US by Philippine air carriers.”

“This means opening up more routes for business and tourism travel between the Philippines and the US as well as creating more opportunities for Philippine and American business,” he said.