DNA solutions for fathers in doubt … 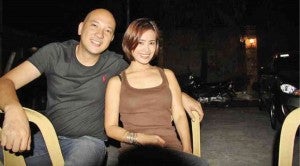 Jaime Lazatin, owner-manager of Infinitech Center, is often asked whether his company caters mainly to OFWs.

Infinitech, located at Scout Gandia, Barangay Laging Handa, Quezon City, is in the business of parentage and other relationship testing.  It is the exclusive distributor of services of DNA Solutions Pty Ltd., an international DNA testing laboratory based in Australia.

The 44-year-old Lazatin confirms that “Yes, about 50 percent of our clients are OFWs who want to resolve relationship uncertainties.”

OFWs need the assurance for their peace of mind, he says.  “They can’t work because of these doubts.  When they get the lab results—whether positive or negative—that is a signal to move on. They can plan what to do next—decisively.”

DNA testing has also been needed to identify dead bodies defaced or dismembered in some gory accident or fiery siege.

Such was the case in January last year when five Filipinos were among 39 workers killed during a terrorist attack on a Japanese gas facility in Algeria.  The Filipinos were reportedly riding a van rigged with explosives.

“The Japanese company called us up to make DNA profiles of the Pinoy victims’ children so that these may be compared with those of the fatalities …  so they could identify who is who … so the bodies could finally be shipped home.”

The tests may also be used in child custody and support cases.  If the man has doubts the child is his, he may ask for a DNA test to prove he’s the biological father.  If the result is negative, he may not need to pay support.

For such cases, Lazatin’s company offers two kinds of services:  Court-approved/immigration and personal use tests.  The former is done by DNA Diagnostics Center,  Infinitech’s other partner-laboratory based in Ohio, USA,   which is accredited by the American and most other foreign embassies in the Philippines.  He is also this lab’s sole distributor in the country. 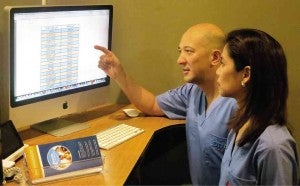 Lazatin was in the business of exporting food and beverage products from Nestle, Kraft, Unilever and Gilette to traders in Europe and Asia when he stumbled on a venture he knew little about.

He recalls it was in 2008 when a friend confided in him a personal problem that needed a DNA solution.  Lazatin lost no time doing research which led him to the Australian laboratory.

He made the contact, facilitated the test on his friend, and sent the specimen to Australia.  When the result came, he realized there was a crying need for more Filipinos to access the service.

Within the year he became the Australian lab’s sole distributor of DNA testing services in the country, the first private firm to offer DNA paternity test kits.

At that time, he recalls, St. Luke’s was the only private facility of the kind. It has a full  testing laboratory that charges a fee not everyone can afford.

With the DNA Solutions’ kits Infinitech, clients are given directions on how to collect the specimen themselves at home, says Lazatin’s wife, Melissa, who co-manages the company.

The specimen is then submitted to Infinitech for encoding in the lab’s secure database and then sent by courier to the laboratory abroad, she explains. “In two weeks, tops, the results are ready.”

There are other genetic services the company offers, according to Lazatin.

One is genographic or ancestry testing, developed through the National Geographic’s Genographic Project which seeks to answer fundamental questions about the origins of mankind and how men came to populate the earth.

“The project found out, for example, that all of us originated from Africa.  Our ancestors started venturing out of this continent 60,000 years ago—to migrate to  Europe, Central Asia, etc.”

Another is veterinary testing that establishes a cat or a dog’s predisposition to disease and pureness of breed.

Two years ago, Lazatin introduced prenatal non-invasive DNA test, in which testing can be done as early as the first nine weeks of pregnancy.  Only a blood sample of the mother and father is required.

There is room for growth in the genetic testing field, he thinks.  He has the advantages of a head start and reputable partners he adds.

“Our partner laboratories are trusted   names in the business, with topnotch scientific teams.  Clients won’t go to a company it does not believe in because they won’t achieve the peace of mind they are seeking in the first place.”