This Subic boutique hotel is like home | Inquirer Business 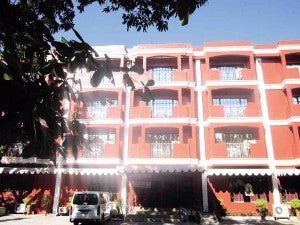 The façade is modern, bright red and rather severe. But you are in for a pleasant surprise when you enter the “Italian rustic-inspired” interior, with its antebellum atmosphere, a touch of art nouveau, floral designs, stairways with wood carvings, a few antiques, a Grandfather clock belonging to the owners, and a warm, cheerful atmosphere.

This is the Buena Casa Hotel near the Alava Pier at the Subic Bay Freeport Zone, a two-hour drive north of Manila if traffic is light. The boutique hotel ([email protected]) is owned by the David family of Balanga City, Bataan.

The hotel was established in 2010. In a chat with visiting national media, Loren recalls that business was really good during the first two years.  There were many guests, and there was not too much competition in this part of the freeport zone, which is one of the Top 10 tourist destinations in the country.

The Subic Bay Metropolitan Authority (SBMA) also had many programs, and the hotel had its fair share of contracts for booking.

But by last year, more boutique hotels started to sprout in the vicinity, giving Buena Casa a run for its money. “But our prices remained the same since the start and we had service charge only during the peak season,” the hotel manager says. 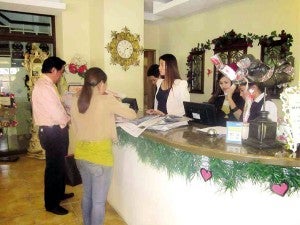 To increase business, the marketing staff made sales calls, engaged in e-mailing and telemarketing, and submitted quotations to host events like seminars, the contract usually going to the lowest bidder. “We would usually win once a month,” Neng says. “The government and private agencies already know us.”

The youngest son of the David family, Christian, handles the financial operations of the hotel. The family has another hotel in Balanga, and is also into the construction business. The lot on which Buena Casa stands is owned by the SBMA, and the agreement is that after 25-50 years the Davids can sell the rights of the hotel.

As this is a commercial area, guests pay in dollars when the US dollar is low and in pesos when the dollar is high. Domestic tourists with no dollars can always pay in pesos, of course.

“We also have a membership club called the Buena Casa Gold Club,” the accounts manager says. The member authorizes the hotel to withdraw P5,885 from his/her credit card, nonrefundable and good for one year. This entitles the member to certain discounts and three complimentary rooms (one at a time).

Then the boom was lowered, so to speak. With Supertyphoon “Yolanda” late last year, business was greatly affected. There were many cancellations, and no more calls from the US ships. 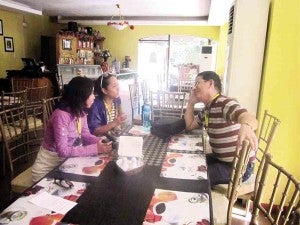 Slowly, business began to pick up this year.

What makes the hotel unique, a media person asked Loren.

“It’s like being in a house,” she notes. And what would be her advice to young entrepreneurs who would like to go into this line of work: The reply: “Sipag at pasensya, sipag at tiyaga sa dami ng competition (work hard and  have patience, work hard and persevere in the face of much competition).  ”