Spotlight on the past year’s automotive newsmakers | Inquirer Business

Spotlight on the past year’s automotive newsmakers

They made the Philippine automotive industry in 2013 much brighter and a lot more exciting. Here are some of those who made the biggest news in the past 12 months.

Orlando Alvarez Jr. In June, Alvarez made history as he became the first Filipino to be appointed as the executive vice president—the so-called No. 2 position—at Mitsubishi Motors Philippines Corp.

Before the announcement, never has a local executive gone past the senior vice president level with the Top 2 posts, the presidency included, usually reserved for Japanese expatriates who are designates of the joint owners of the Mitsubishi company here, Mitsubishi Motors Corp. and Sojitz.

Willy Tee Ten. The Philippines should thank the president of Rolls-Royce Motor Cars Manila for

How luxurious you say? Well, consider one of its marque models, the Phantom saloon. Starting at P40 million, the price tag is expected to go up upon delivery since it is expected to be “bespoken” or customized by its owner.

S sedan from the Unites States in July in time for the launching of the Meralco eVehicle Power Station, a pioneering commercial e-vehicle charging station located at LL Gardner Street inside the Meralco compound in Pasig City.

He wanted the charging station to be instrumental in building the complete ecosystem for the expected influx of electric vehicles in the country, with Meralco assisting in making the electric vehicle charging technology available to interested partner companies and priority sectors like public transport operators.

Junep Ocampo and James Deakin. When Supertyphoon “Yolanda” ravaged  Eastern Visayas, victims were forced to evacuate to escape hunger and homelessness, and Manila was one place that beckoned to them. When they were transported from the Visayas to Villamor Air Base, they hoped to find temporary refuge in relatives here or find their way to relatives in northern and southern Luzon. The problem was, most of them had no money to get out of the base.

These two gentlemen herded roughly 500 volunteer transporters, dispatchers, coordinators and marshals, to give Yolanda victims arriving at Villamor Air Base a free ride to their families residing in other parts of the country.

Volunteers drove as far as Pampanga and  Isabela provinces, and the cities of Olongapo, Cabanatuan and Baguio. A number of volunteers even drove some of the victims to the airport, bought them tickets so they could fly to Cagayan De Oro and Cebu.

John Philip Orbeta. The chair and president of Automobile Center Enterprises Inc. ( a wholly owned subsidiary of Ayala Corp.) should be commended for bringing back the iconic Volkswagen badge.

While he electrified the motoring public with the news that  the company is already fixed on rolling out models that include the Polo, Golf, Beetle, Touareg, Touran and Tiguan, Orbeta also stirred controversy when he announced that only diesel-powered VWs will be offered in the Philippines at the moment because of the presence of the additive manganese in the unleaded fuel of several oil companies in the Philippines.

Marlon Stockinger. He tore through the streets of Manila and the Mall of Asia in a Lotus F1 car in 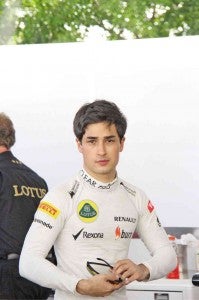 May and raised our hopes that perhaps, a Filipino could still make it all the way to F1 racing.

As one of the seven junior drivers selected to be part of the Lotus F1 Junior Team, he now trains to become the best in  motorsports and to become an F1 driver. Under the development program, the drivers, Stockinger included, are further educated in areas of driving skills, health education, physical fitness, mental development, nutrition, social development, and even business ethics, principles and public relations.

Enzo Pastor. Ace touring car racer and Circuit Showdown organizer Enzo Pastor left for France in March for his campaign in the 14-race campaign in the Euro Racecar Nascar Touring series. He is the first Filipino ever invited to compete in race event.

As the only event sanctioned by both the National Association for Stock Car Auto Racing (Nascar) and the Fédération Internationale de l’Automobile, the Euro Racecar Nascar Touring series is a one-make championship featuring American Nascar-style cars purpose-built for European road courses.

Driving Car No. 16 (carrying the Mazda Philippines badge) Bumgarner finished ninth in the final event of the 2013 Pro Mazda Championship series, a support race to the IndyCar Grand Prix of Houston last Oct. 5 and 6 at the Reliant Park Street Circuit in Texas.

The Pro Mazda Championship is the second step in the three-part Mazda Road to Indy program.

Bumgarner is now getting ready for a full season next year, which will start in March 2014.

Vin Diesel. The actor, who spent three days in Manila to promote the hit movie “Fast and Furious 6” in May, not only drove (and even signed on the car’s dashboard) a Dodge Challenger muscle car to the premiere but also rode (and even drove) a jeepney. “I loved riding the jeepney,” he said. “Those are the coolest buses I’ve ever seen. You have to understand that I grew up riding public transportation. I grew up with New York City subways. Coming from a dirty subway to a jeepney in a tropical island is a big upgrade.”

Felipe Massa. Formula One racer Felipe Massa made a quick trip to Manila to meet local race fans ahead of the Singapore Grand Prix in September.

The Brazilian racer’s Manila stint was made possible by Shell, a partner of Scuderia Ferrari where Massa has been racing for the past eight seasons.

According to Ed Chua, country chair of Pilipinas Shell, “(Massa’s) first visit to the Philippines is a great source of pride for Shell; not only to be able to give our consumers the unique experience of meeting a Formula One driver but also to showcase how we are able to make world-class fuel available and accessible to Filipino drivers on the road.” 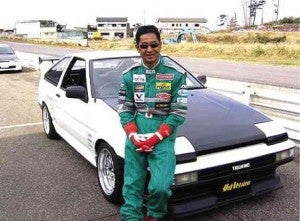