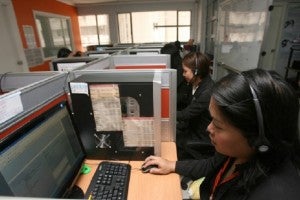 MANILA, Philippines—The Philippines is the best performer within the Asia-Pacific region when it comes to gender equality. The country has also improved its global ranking to fifth place from eighth in the 2013 Global Gender Gap Report.

“The Philippines remains the most advanced country in the [Asia-Pacific] region in terms of gender equality, ranking fifth in the global index. It improved as a result of advances in economic participation and opportunity, a subindex of the report, as well as by having a strong score in terms of political participation,” the WEF said in a statement on Friday.

The report said the Asia-Pacific region had now closed 67 percent of its gender gap but still lagged behind every region in the world except the Middle East and North Africa when it comes to economic equality between the sexes, having closed only 56 percent.

The eighth annual edition of the report ranked Iceland closest to equality for the fifth year running. Iceland, along with Finland (second), Norway (third) and Sweden (fourth), has now closed over 80 percent of its gender gap.

“Countries will need to start thinking of human capital very differently—including how they integrate women into leadership roles. This shift in mindset and practice is not a goalpost for the future, it is an imperative today,” said Klaus Schwab, WEF founder and executive chair.

“Both within countries and between countries are two distinct tracks to economic gender equality, with education serving as the accelerator. For countries that provide this basic investment, women’s integration in the workforce is the next frontier of change. For those that haven’t invested in women’s education, addressing this obstacle is critical to women’s lives as well as the strength of economies,” said Saadia Zahidi, coauthor of the report and head of the Women Leaders and Gender Parity Program.

Elsewhere in Asia, China continues to hold the 69th position after improving its overall score. Japan loses four places to 105, mainly because of a decrease in the number of women in parliament which overshadows a rise in its economic participation and opportunity score. Korea, on 111, slips three places largely on account of a decrease in labor force participation and perceived wage equality.

Germany, in 14th place, is the highest-placed individual G20 economy, although it fell by one notch from 2012.

The best performer among BRICS (the grouping of fast-growing emerging markets coined to refer to Brazil, Russia, India, China and South Africa) is South Africa at 17th place, followed by Russia (61st), Brazil (62nd), while the two Asian BRICS ranked lowest, with China at 69th and India at 101st.

The report measured the size of the gender inequality gap in four areas:

education—access to basic and higher levels of education;

Index scores can be interpreted as the percentage of the gap that has been closed between women and men.

At the global level, the report found that in 2013, 96 percent of the health and survival gender gap had now been closed. It is the only one of the four pillars that has widened since the report was first compiled in 2006.

In both emerging and developed countries alike, relative to the numbers of women in tertiary education and in the workforce overall, women’s presence in economic leadership positions is limited.

Europe’s progress toward eliminating its gender gap is polarized, with countries from Northern and Western Europe presenting a stark contrast to those from the South and East. Spain came in 30th, having closed 72 percent of its gender gap. France ranked 45th (70 percent closed) while Italy ranked 71st.

Latin America’s leading nation when it comes to closing the gender gap is Nicaragua. At 10th place, it has now ranked in the top 10 for two years, largely on the back of a strong performance in terms of political empowerment.

Cuba is next (15th), followed by Ecuador (25th). Mexico climbed 16 places to 68, due to increases in the number of female parliamentarians and the number of women in professional roles. Brazil held firm at 62nd despite a slight improvement in its overall score. 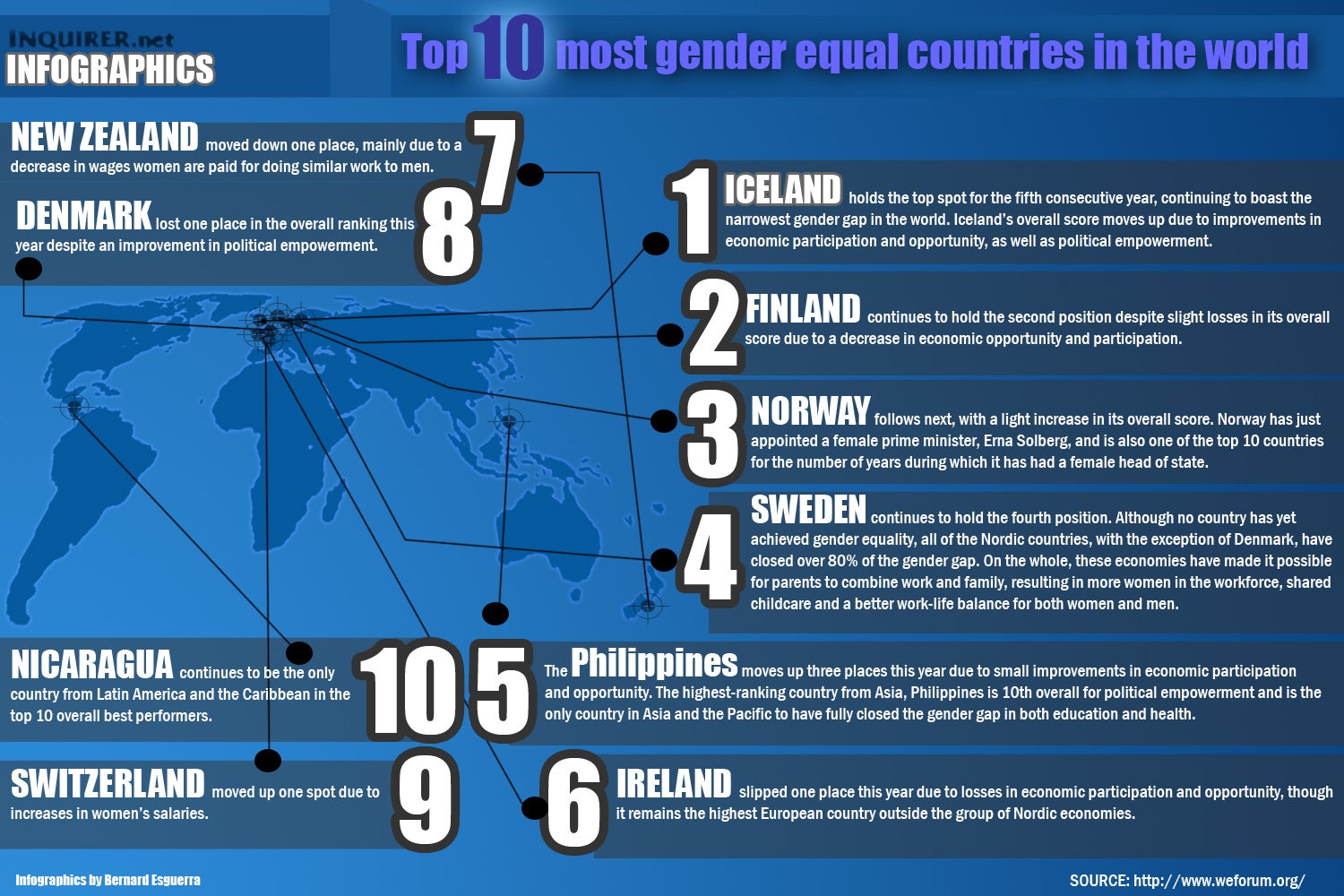