Greenwich continues to ‘level up’ 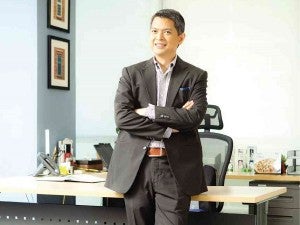 For the most part of its 42 years in the competitive quick service restaurant sector in the Philippines, Greenwich Pizza was best known as a pizza chain that appealed mainly to the mass market.

And even with the purchase in 1994 of an 80 percent share in the company by Jollibee Foods Corp. and the subsequent launch of new Greenwich packaging, design and menu items in 1995, with sales eventually reaching P1 billion in 1997, the image stuck.

Greenwich Pizza, by then the largest pizza and pasta chain in the Philippines, thus still fell behind its multinational counterparts such as Shakey’s and Pizza Hut when it came to the premium market, which could afford higher-margin pizza and pasta food items.

It was finally able to penetrate that market and widen its reach among young adults through the successful launch of a series of advertisements that leveraged on the valuable insight of strong friendships among young adults.

Young adults were defined as Filipinos 20-30 years old who are just coming up in the world and enjoying their newfound independence and financial freedom. They are just out of college and in their first or second jobs, earning their own money and spending as they see fit, thus an appealing market for food companies.

Greenwich unearthed that insight through investments in consumer research and the hiring of experts to help Greenwich find ways to penetrate new and potentially more profitable markets.

That insight into the psyche of young adults was translated into a massive tri-media campaign in 2008 introducing to the market the Overloaded Pizza line with the message that pizza is best shared among friends and family.

The value for money was also emphasized as the Overloaded pizzas—endorsed by popular young actor John Lloyd Cruz—were portrayed as affordable pizzas with extra helpings of toppings such as pepperoni and cheese.

The Overloaded pizzas were well received and gave Greenwich the platform to launch yet another campaign in 2009 that revolved around cheese, thus the “Sobrang Cheesy” series of commercials that struck a chord with the young adults, who were starting to replace their rice and meal lunch fare with pizza and pasta.

According to Greenwich data, cheese was the main ingredient that Filipinos were looking for in their pizza, not so much the meat and certainly not the vegetables. More cheese means better pizza.

With this insight, Greenwich rolled out “Sobrang Cheesy” pizza variants, led by the old-time favorite Hawaiian pizza with ham and pineapples. The accompanying “Sobrang Cheesy” funny and romantic ads reinforced the brand message and were able to bring in more people into Greenwich’s branches, which have also been refurbished to go with the enhanced brand image.

It was also in 2009 when the Lasagna Supreme was relaunched with actress and model Anne Curtis joining the roster of endorsers. She became the face of the Greenwich Lasagna Supreme and the other pasta dishes that came after.

The year after saw the introduction of the “Level Up” campaign—a follow-up to the Sobrang Cheesy campaign—which showcased the improvement of the Greenwich pizzas and highlighted the Overloaded line.

Like the campaigns that came before, it resonated well with the target market and cemented Greenwich’s image as a pizza chain that also caters to the elite, not just the mass market.

The pizza and pasta unit of the giant Jollibee group continues to build on the success of the “Overloaded,” “Sobrang Cheesy” and “Level Up” campaigns, and has seen a significant improvement in the bottom line and the increase in its market share, particularly in the premium market.

According to Greenwich, brand research and customer awareness have shown that three times more people now choose Greenwich over other pizza brands. While significant, Greenwich is not putting its foot off the accelerator and is going for even more.

Greenwich Marketing Director Luis Velasco says in an interview that the tri-media campaigns achieved the goals that the company set out to accomplish due to the following factors: strong insight; clear and single message; clear target market; integrated communications that included digital market and, most importantly, a winning product line.

These factors combined to shore up Greenwich’s sales volume and profit and the company claims that brand equity and brand awareness scores skyrocketed as shown by independent studies and surveys.

Adds Greenwich General Manager Albert C. Cuadrante: “These campaigns strengthened Greenwich’s brand affinity with its target consumers. The “sobrang cheesy” campaign also won numerous awards and citations adding to the buzz and talk-value of the brand. In fact, the expressions “sobrang cheesy” and “lumevel-up” quickly became part of the pop language at the height of these campaigns.”

But more significantly, these campaigns achieved the company’s objectives of building sales and strengthening the brand’s image.

Greenwich continues to produce innovative products such as the recently launched Greenwich Thin Crust Pizza, but sales are still dominated by the Lasagna Supreme and the Hawaiian pizza, says Cuadrante, who has set a goal to have a Greenwich brand network of 200 by the end of the year.

And while Greenwich remains the leading pizza and pasta chain in the country, Cuadrante says that the mandate is to grow the network even more, especially as competition for the share of stomach and wallet is further heating up, instead of cooling down. To stay ahead, he is banking on other key insights into its sector of the large food industry.

Cuadrante says that in the food business, there is simply no substitute for fresh ingredients and freshly prepared meals. In some stores, customers can even see how their pizzas are made.

Quality also trumps speed, which means that people have become more discriminating and willing to wait for just a few more minutes to enjoy freshly made pizza instead of making do with reheated pizza.

“We also do not scrimp on ingredients and toppings. That’s why our bestsellers are our Overloaded pizzas. This is also the reason why our 7-Cheese Overload pizza has gained somewhat of a cult following among those who have tried it,” adds Cuadrante, who taught at the Ateneo de Manila University for 15 years.

Finally, Cuadrante says that it is crucial to “go with the flow.”

“The digital generation is nomadic. So, not only are we continuing to make sure we expand our store network coverage nationwide, even if we already have the most stores in the pizza category, we are also making sure people can conveniently order (whether via phone or online) and have their favorite pizzas and pastas delivered wherever they are,” he says.

“My mandate is to grow the business and even more, perhaps even have a presence overseas,” adds Cuadrante, who has been with the Jollibee group since 2008, “Greenwich is the only mainstream brand of the Jollibee group that is not out there yet.”

With an estimated 11 million Filipinos abroad, it will likely only be a matter of time before Greenwich brings its unique line of pizzas closer to where they live and work.

Like its growing legion of customers, Greenwich is also challenged to raise its game and level up.