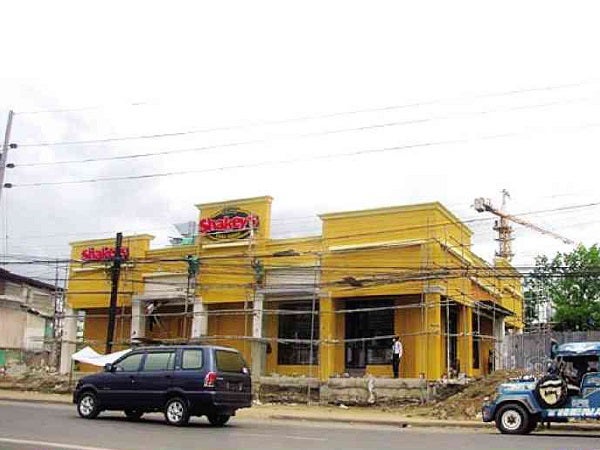 SHAKEY’S has come out with game-changing innovations like online ordering.

It’s hard to believe that Shakey’s, the iconic pizza brand, could ever recover from dire financial straits in the early 2000s. It was sinking fast during those days until its ownership decided it had enough and launched a pivotal reengineering program to become a leading chain of family restaurants in the country today.

“It’s all about the Shakey’s brand; it’s all about the Filipino family,” says Vicente L. Gregorio, chief executive officer of the International Family Food Services, Inc. (IFFSI), owner of the Shakey’s brand, as he summed up the reengineering program that has transformed Shakey’s into a chain of wholesome family restaurants from a network of dying rock band joints and fast food outlets.

Proof: Gross revenues of the network of 138 Shakey’s branches had reached P4.6 billion by end-2012 from nearly P1 billion in 2003. Shakey’s revenues are projected to reach P5 billion by end-2013, or a 500 percent increase in ten years. It has been the top pizza chain for over a decade.

According to Gregorio, the turnaround did not come easy. It evolves from a roller-coaster ride of false starts and dead-ends, of false beliefs and wrong assumptions. It stems from a reengineering program its ownership and management have launched since 2003 to refocus sharply the brand for the Filipino family. It comes from the spate of game changing innovations its owners and managers have been pursuing since 2003.

As the starting point of Shakey’s identity as a brand for a family restaurant, its owners and managers have come to acknowledge the basic premise that pizza conforms to the family-centered culture of the Filipinos, according to Gregorio. “Pizza is a shared food; it is meant to be communal,” he says with an air of conviction.

In 1975, San Miguel Corporation, Asia’s largest food conglomerate, brought from the United States the Shakey’s brand to launch draft beer, a product that went with pizza, chicken, and other foods. It had its first joint along Makati Avenue near the fabled Rizal Theater in Makati City. Soon, Shakey’s branches mushroomed in Metro Manila. Most restaurants had live bands for entertainment.

But maintaining live bands was difficult. Some branches in better locations had live bands; others did not, causing confusion to the market. Soon, the earlier outlets degenerated into beer gardens, adversely affecting the brand.

The early branches earned enough, Gregorio says, but long-term financial stability and the brand were sacrificed. Since food retail was not part of its core businesses, SMC sold the brand in 1987 to the group of sportsman Leo Prieto Sr., the first commissioner of the Philippine Basketball Association (PBA).

Its confused identity persisted until the 1997 Asian financial crisis, when the downsizing fever led to a new identity—a medium-sized fast food chain competing with fast-food giants like Jollibee and McDonald’s. But the brand could not cope with the competition; it was not a fit for fast-food business. Its ownership and management admitted they did not have the size, experience, training, and skilled personnel for fastfood operations.

The turnaround came in 2003, when its ownership had decided to reinvent and reposition the brand for the Filipino family. It has taken in a new management team, led by Gregorio, to implement a reengineering scheme.

Incidentally, Gregorio, then a working student, started his professional career as a lowly staff in 1983. He rose from the ranks becoming its operations manager, but he resigned in 1993 to work in other restaurants. He has rejoined in 2003 after Leo Prieto Jr., now IFFSI chair, has decided to launch the reengineering program.

The changes arising from the reengineering program were all encompassing and drastic, Gregorio narrates. From a brand representing a dying rock band or losing fast food chain, Shakey’s Pizza has been transformed into a brand for casual dining for families and groups. Its business model has taken a paradigm shift, altering its corporate culture, planning and strategy-making process, marketing, operations, and public image, he says exuding urgency.

“The first consideration is the long-term financial health and success of the brand,” Gregorio says. Its ownership and management have resolved to reject any activity that would only undermine the brand even it would earn, he says. “Marketing the brand is connected to our purpose, vision, and mission. We’re always focused to deliver better products, better services, better looking stores, and creative ways of product delivery convenience.”

To this end, it pursued first the symbolic changes like the adoption of a new logo to signify a culture of excellence and renewed commitment. Its new tagline says everything in the brand: “Fun, Family, Pizza!”

Also, the reengineering strategy has rationalized the operations. Unviable stores have been closed and replaced by new ones in better locations. The restaurants have undergone facelift too. The replacement of white fluorescent bulbs by old tiffany lamps, the use of long tables and benches for big families and groups, and the return of “iconic products,” including the ubiquitous huge pizza, have taken place.

The owners, managers, and rank and file have embraced the “Wow the Guest” as their collective philosophy to serve the public beyond their expectations. The core value of “Guest First” means “guest orientedness” in their operations, Gregorio says. The personnel have been trained for personalized services too. Hence, the guests do not have to queue to place their orders. Also, the chain provides sufficient spaces for the guests’ comfort.

Acknowledging the advent of digital age, Shakey’s has come out with gamechanging innovations like online ordering, where any person can ask for delivery to his family or friends in other locations. The Shakey’s App allows guests to customize his PC, iPad, tablet, or cell phone, when dealing with Shakey’s. They can place their orders online using their credit cards too. Pizza Padala is another innovation, where a person in a given location can send pizza and other foods offerings to persons in other locations.

To firm up its presence in huge and heavily populated areas, Shakey’s Legacy stores have been established to project size, strength, and stability. At least 13 Legacy stores now operate inside and outside Metro Manila. They have bigger spaces and FunZones, which allow children to play. In less penetrated areas, the Shakey’s On Wheels is the answer, as these ambulant restaurants move around to cater to guests.

These changes encourage families and groups to go to Shakey’s joints for casual dining on “iconic products” like pizza, chicken, mojos, milkshakes, among others. “They are distinct set of Shakey’s food offerings,” which do not bleed one’s pocket, Gregorio says. “The service is not like in a fast food joint, but it does not take too long like fine dining.”

Hence, families and groups could celebrate birthdays or hold meetings there. Shakey’s culture and values emphasize the treatment of patrons as guests in a hotel or resort and not as transient customers in a convenience store or mall.

The exercise of corporate social responsibility (CSR) caps the reengineering scheme. It has been maintaining since 2004, the Shakey’s V-League as its CSR project. This women’s volleyball tournament involves teams from topnotch universities and colleges. It is Shakey’s Pizza’s way of returning a portion of its income to the public.

Gregorio credits a group of sportsmen led by the late Jun Bernardino for proposing this tournament for support. “We saw an opportunity to make our own imprint, make our own legacy. The sport (of volleyball) is again relevant to the brand,” says Gregorio.

The Shakey’s V-League has become a high profile sports tournament with huge grassroots support, according to Gregorio. A tournament for men’s volleyball is on the drawing board, he admits. But the management was not quick to jump on the gun. “We’re careful with the business strategies we employ,” Gregorio says.

“The Shakey’s Pizza brand is something that we will protect. We’ll make sure that its integrity and equity is very high.  We’re not a company that would prioritize short term financial goals over the brand. In the end, the brand will be here even way after we are out of here. After almost 40 years, we have shown the resilience, the ability to reinvent ourselves and become relevant even to the young crowd,” Gregorio says as his parting shot.

The Shakey’s Pizza brand intends to stay for the long haul.