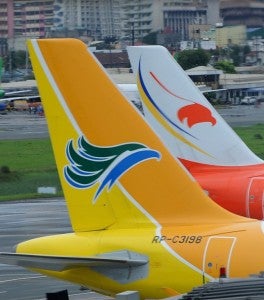 MANILA, Philippines—The Civil Aviation Authority of the Philippines (CAAP) on Friday issued the first batch of cabin crew licenses in a bid to improve the delivery of services to airline passengers.

It will be recalled that the CAAP issued on June 17 Memorandum Circular No. 30-13, which provides that all airline operators require their crew to obtain licenses from the agency to conform to Philippine Civil Aviation Regulations (PCAR).

The memo covered all crew members who had completed their annual recurrent courses from January to June 2013. The Cebu Pacific crew, who had already undergone training, only took refresher courses and demonstrated their proficiencies before the inspectors prior to the issuance of their licenses.

The new CAAP policy followed the controversial runway accident involving a Cebu Pacific plane at the Davao International Airport where passengers complained about the unpreparedness of the cabin crew to help them.

In response, the CAAP amended the PCAR and ordered all air carriers to subject their cabin crew to government-supervised licensing and training procedures.

They were also required to complete an approved training course and take a “knowledge test” to ensure they were competent in operations and emergency procedures.

The license is valid for three years or as long as the holder maintains the required competencies and is medically fit.—Jerome Aning

2nd tranche of COVID-19 aid in Metro Manila to be completed Aug. 15 – DILG