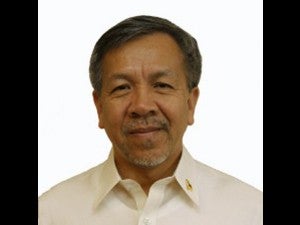 MANILA, Philippines—The Philippines is primed and ready for the integration of economies among the 10-member states of the Asean by 2015, said Trade Secretary Gregory L. Domingo, who shrugged off claims by certain groups that the country is inadequately prepared.

“There will be more of evolutionary, rather than revolutionary, changes. The anxieties [of certain groups] are slightly exaggerated. Businesses should not be anxious because we’ve basically seen the bulk of changes last Jan. 1, 2010 … That was when over 99 percent of tariff lines within the Asean were reduced to zero,” Domingo explained.

“The Asean Economic Community [will not really cause] a big bang in the sense that, when we reach that date in 2015, suddenly, massive changes will happen. The biggest change has already happened in 2010. AEC 2015 will mostly affect service areas and investment rules, but even then, we don’t expect radical changes,” he added.

With the establishment of the Asean Economic Community by December 2015, the region will coalesce into a single market.

The integration will allow companies based in Asean member-nations to enter each other’s markets, encouraged by zero tariffs and reduced bureaucratic clearances.

The establishment of such a community will mean greater openness of the Philippine market to foreign brands. This will mean stiffer competition for Filipino businesses.

Meanwhile, the Philippine Chamber of Commerce and Industry (PCCI), the country’s largest business organization, is urging the government to address the so-called investment “bottlenecks” that will allow local industries to become more competitive once the AEC has been established.

PCCI vice chairman Donald Dee said in a statement on Friday that “an improved business environment would support the companies [and allow them to] realize their full competitive potentials.”

Once cleared, “these bottlenecks would no longer impinge on the ability of Philippine companies to compete and do complementation business with Asean neighbors,” Dee added.

“Our country has some catching up to do with our Asean and Asian neighbors, who have leapfrogged before us. Promising developments—such as the Asean Economic Community and the Philippines hosting of the APEC Summit, both occurring in 2015—present golden opportunities to institutionalize initial efforts toward inclusive growth,” he explained.

These investment bottlenecks include the high cost of logistics; the lack of quality, reliable and interconnected transport infrastructure that would seamlessly connect and move people, goods and services across the country; the ease and cost of doing business; and the conflict between local ordinances and national laws.

The government should also address concerns on availability of adequate power supply and high electricity costs by attracting potential investors in the country’s energy sector.

Dee is also pushing for the filing of an antitrust bill in Congress. Once it becomes a law, the measure will encourage new investments in sectors such as power and telecommunications.

“Enacting an effective anti-trust law and competition policy will create a level playing field that will encourage more productive investments, especially in critical sectors of the economy,” he explained.

The PCCI, he further said, will also support the Customs Modernization and Tariffs Act.

Once the measure is enacted, trade will be facilitated, while exporters and importers acquire better access to inputs for production. Local businesses will also get greater participation in the international trading system, he said.

As for the government, Domingo said, the Department of Trade and Industry has been implementing certain programs to help small and medium enterprises (SMEs) and better prepare them for the influx of foreign business.

“We have the ‘Doing Business in Free Trade Areas’ seminar to tell our people how to take advantage of free trade agreements,” Domingo said. “We also have the SME roving academy and the shared services facilities, all of which are meant to enhance the capabilities of our SMEs to compete in the global or regional market.”