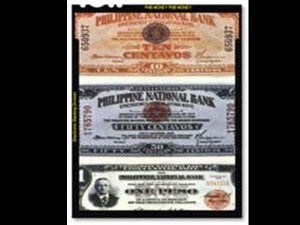 In a chance interview on Friday, PNB president Omar Mier said they had started preparations for the offering of new shares to brace itself for the stringent Basel 3 capital adequacy framework but because of the slump in the stock market, the offering was stalled.

“We hope that before December, the market will turn around,” Mier said at the sidelines of the Bangko Sentral ng Pilipinas’ (BSP) 20th anniversary celebration.

Universal and commercial banks are required by the BSP to adopt by Jan. 1, 2014 the capital adequacy standards under Basel 3, which introduces a complex package of reforms designed to improve the ability of banks to absorb losses, extend the coverage of financial risks and have stronger firewall against periods of stress.

This recapitalization program, Mier said, would allow PNB to maintain a core or tier 1 capital adequacy ratio (CAR) of 15 percent of risk assets and overall CAR of 18 percent.

“Right now, we’re compliant with Basel 3, but we had tier 2 (notes issue) that matured this year worth about P11 billion. With that, our core ratio drops slightly from 15 percent to 12 percent—still comfortable but with oversight, we want to go back to 15 percent core (CAR) by raising $300 million,” Mier said.

The new shares offering will boost PNB’s public ownership to about 25 percent from the current 18.99 percent, Mier said, adding that there might be some secondary shares to be sold alongside the primary shares.

“Definitely before the end of the year, we’ll do that. We’re working on the assumption that prices will recover,” Mier said.

As of Friday’s close of P80.75 per share, PNB has a market capitalization of about P88 billion.

PNB’s merger with affiliate Allied Bank Corp. has been fleshed out and the full integration is expected to be completed in two years.

Under the bank’s five-year strategy, PNB has set as guidance a compounded annual growth rate (CAGR) of at least 15 percent which would effectively double its net profit in five years. Also a part of the plan is to grow its loan book by an average CAGR of 18 percent for the next five years.

Read Next
MVP group raises Meralco stake to 53.34%
EDITORS' PICK
Pru Life UK receives four golden arrows for solid corporate governance
Malls adjust ‘NCR Plus’ operating hours for April 12-30 MECQ
Speed up your game with the new vivo Y20s [G]
Pre-order the new vivo Y20s [G] to get a free TWS earphone
‘NCR Plus’ to be under MECQ starting April 12 until April 30 — Palace
Metro Manila to have shortened curfew hours from 8 p.m. to 5 a.m. under MECQ
MOST READ
Stop ‘creeping occupation’ of ‘militia’ boats in WPS, Pacquiao asks China
Bea Alonzo clarifies status of her relationship with Dominic Roque
Convicted former aide of Sen. Bong Revilla dies — BuCor
Locsin to China: ‘Then move out’
Don't miss out on the latest news and information.