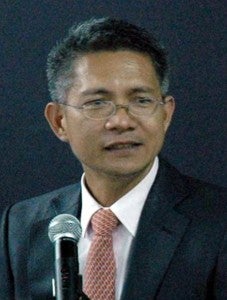 Hosted by the Philippine Embassy in Kuala Lumpur and the Mindanao Development Authority (MinDA), the forum held on Nov. 29 “generated significant interest… and is expected to lead to sizeable investments in the region,” the Department of Foreign Affairs (DFA) said Monday.

“Our undertaking today, together with many other similar initiatives, underscores the commitment of the Aquino administration to bring the fruits of development to the peoples of Mindanao… Our presence here today, we are collectively announcing to the world that Mindanao is finally open for business,” said Philippine Ambassador to Malaysia Eduardo Malaya in his remarks at the forum.

Malaya cited Mindanao’s potential in various fields and called it “a new engine of growth” for the Brunei-Indonesia-Malaysia-Philippines East Asia Growth Area (BIMP-EAGA).

The DFA said the investors expressed interest in joint ventures with Filipino firms on natural resource development, including palm oil, natural rubber and coconut, and ecotourism.

Sheriff said the development of Mindanao as a new growth area would boost the economic partnership between the Philippines and Malaysia.

“Mindanao has vast potential which remains untapped. It is my hope that Malaysian businessmen can benefit from the presentations and that investment promotion programs will be intensified,”  Sheriff told the forum.

Malaysia played a crucial role in the government-MILF peace negotiations, serving as host for the talks.