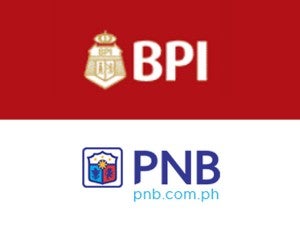 The Bank of the Philippine Islands will consolidate with Philippine National Bank, ushering in a new wave of mergers and acquisitions among local banks.

In a game-changing move, Bank of the Philippine Islands will consolidate with Philippine National Bank, ushering in a new wave of mergers and acquisitions among local banks.

BPI and PNB voluntarily suspended trading on Wednesday at the Philippine Stock Exchange after the two confirmed an Inquirer report that their shareholders were negotiating a consolidation.

To avoid strain on its capital, BPI of the Ayala group is widely expected to use its own shares as currency when it acquires PNB, which is likewise completing a merger with Allied Banking Corp.

BPI is expected to become the controlling shareholder in the union. This will catapult the Ayala bank to the top of the local banking industry.

“We confirmed discussions with the Lucio Tan Group, and will make the appropriate disclosures in accordance with the PSE disclosure rules,” BPI told the Philippine Stock Exchange.

PNB also confirmed the discussions with the Ayala group.

While BPI and PNB went on trading suspension, shares of both Ayala Corp. (+4.9 percent) and Lucio Tan Group (+1.2 percent) surged at the stock market Wedbesday. Shares of other banking players also jumped as similar plays are expected throughout the banking industry.

As the number of players becomes less, banks become even stronger,” said Jose Vistan, head of research at AB Capital Securities. “They can demand higher valuations in terms of asset values so it had an effect on other banking issues. It will probably result in the revaluation of other banks and most probably lead to similar M&As.”

Vistan said other banks with similar characteristics as PNB, like Rizal Commercial Banking Corp. (+9.9 percent), Union Bank (+1.8 percent) and East West Bank (+7.6 percent) could be the subject of M&A frenzy.

Eagle Equities Inc. president Joseph Roxas said it would be good for the Lucio Tan group to concentrate on Tanduay Holdings, leave the banking sector, and instead become an investor and “leave the management to one of the best in the (banking) business.”

This will make BPI the largest bank in the country, while its total branch network will grow to 1,471, expanding BPI’s lead over Metrobank in terms of branch network, she said.

“Aside from the speculation that the deal would be executed at a significant premium to PNB’s share price, we think PNB will greatly benefit from the entry of BPI,” Lee-Tan said. “BPI has an excellent track record in terms of successfully acquiring other banks. Its entry into PNB, which will eventually merge with Allied Bank, should reduce the execution risk of the PNB-Allied merger, which we think is one of the major concerns of investors notwithstanding the numerous synergies that would result from the merger of the two banks.”