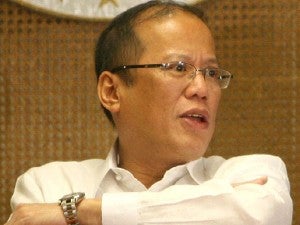 President Benigno Aquino is upbeat about the prospects of the future Moro homeland in Mindanao, Bangsamoro, especially as a hub of information technology (IT) and business process outsourcing (BPO) companies.

At a BPO summit on Tuesday night, Mr. Aquino said the sector, which posted an $11-billion revenue in 2011, was an “an all-important driver of inclusive growth” that brought prosperity to areas outside of traditional hubs of commerce and industry.

With an increasing number of IT-BPO companies investing in “next-wave cities” such as Sta. Rosa in Laguna, Lipa in Batangas, and Dumaguete in Negros Oriental, the government was now working hard to make more areas “ripe for investment,” Mr. Aquino said.

“With the recently concluded framework agreement with the [Moro Islamic Liberation Front], we are very hopeful that there will come a day, and the not too distant future, when we see a number of IT-BPO companies operating in the Bangsamoro,” Mr. Aquino said.

The preliminary deal has been hailed by the international community as a “historic leap” to end a protracted conflict that has killed more than 150,000 people and impoverished Mindanao.

The President said the Philippines had risen to No. 1 in the contact center industry after surpassing India in 2010.

“And the momentum continues to build. In 2016, we expect your industry to make $25 billion, while employing around 1.3 million Filipinos. And again, if I may repeat, if you want to change those numbers upward, we will not object,” he said, drawing chuckles from the audience.

This, he said, was a testament to the skill, work ethic, creativity and loyalty of Filipinos who are the world’s best in business English.

Citing an April 2012 study, Mr. Aquino said that only the Philippines scored above 7 on a scale of 1 to 10 in a business English test that drew 138,000 representatives from 76 countries.

“Our 7.11 rating was significantly ahead of the next closest competitor, who scored a 6.54. Most of those who took the test had a score of between 4 and 4.5,” he said, pointing out that the industry has capitalized on these qualities.

Mr. Aquino spoke at the International Outsourcing Summit of the Business Processing Association of the Philippines at the Shangri-la Hotel in Makati City.

He said the government was committed to meeting the industry’s projections for 2016.

Recognizing the multiplier effect that IT-BPO jobs had created in the countryside, he said the Technical Education Skills and Development Authority (Tesda) had been training people not only to work in the industry “but [also] to flourish and rise up the ranks as long-term professionals.”

This was the idea behind Tesda’s Industry-based Training for Work Scholarship Program, which was allotted P500 million in 2011, Mr. Aquino said.

“I am sure that you know all about this; after all, you are our partners in this project, and I remain thankful for your commitment to hire those who graduate from the I-TWSP. We are making good progress,” he said.

As of August this year, more than 26,500 Filipinos have graduated from the program, and 11,600 of them have been hired.

In response to the industry’s proposal, schools like the University of Makati and Asia Pacific College are now offering a 21-unit BPO specialization track to technology students to prepare them for employment in IT-BPO companies.

“Perhaps as your industry grows, the Filipino’s role in them can diversify into professions that are higher up the value chain, and in our country. We are already seeing it now: From aeronautics, to animation, to health care, to engineering design, to video game programming, the Filipino has proven that he can compete with the best,” the President said.

“The world has begun to see this, and I invite your companies to ride the wave of optimism and bet even more on the skills of the Filipino,” he said.