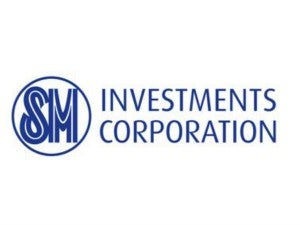 DAVAO CITY, Philippines—Giant mall operator SM Prime Holdings is so bullish about Mindanao consumers, whom it considers power buyers, that it plans to build five more malls on the island within the next four years.

Metro Manila’s only advantage over Mindanao, he said, was that there were more consumers there. “But per transactions average, Mindanao turned out to have a stronger buying power,” he said.

This strong buying power among Mindanao consumers has encouraged SM Prime Holdings to expand its business on the island.

“Next year we will be opening another SM mall in Cagayan de Oro City (CDO) and another in Butuan City,” he said.

Sy described the upcoming second CDO SM Mall as similar to the one the company has in Olongapo City while the Butuan SM Mall will be similar to the newly opened General Santos City mall.

Negotiations, he said, were ongoing for the building of three more SM malls in Mindanao.

“We have already identified the three sites and negotiations are ongoing,” he said without saying where these malls were to be put up.

When all these are completed, SM will have nine malls in Mindanao.

Sy said SM Prime Holdings was confident the existing four SM malls in Mindanao will contribute 6 to 8 percent of the total revenues of SM malls in the country.

“We are so impressed with the performance of our Mindanao malls. The island has a lot of potential,” he said.

Sy admitted that SM came to Mindanao “a little bit late because we were so focused on the Luzon area.”

Currently, there are 46 malls operated by the Sy family all over the Philippines.

He said SM Lanang Premier, whose opening he graced on Friday, has 7,000 employees now, including salesgirls, managers, security guards and service crew, and 3,000 more will be hired as the mall and the Park Inn Hotel within it go into full operation.

Most Philippine department stores employ salesgirls on five-month contracts only.