Penshoppe gets into Indonesia’s huge market 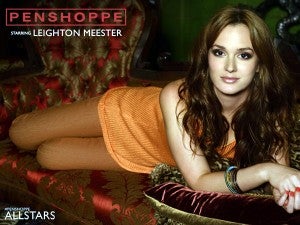 A Penshoppe poster FROM PENSHOPPE.COM

MANILA, Philippines—Retailer Penshoppe has gained a foothold in Southeast Asia’s most populous market, Indonesia, as part of its road map for global expansion via the franchising mode.

Bernie Liu, president of retailer Golden ABC Inc., which owns the Penshoppe trademark, announced in a press briefing on Tuesday that his company has entered into a franchising partnership with the MAP group of Indonesia, which has been planning to open at least 150 Penshoppe stores across Indonesia within the next 10 years.

The first two stores are opening this December—a 476.86-square-meter flagship store in Jakarta’s Central Park Mall and a 355-sqm store at the brand-new [email protected] Sutera in neighboring Tangerang City.

His vision, Liu said, was “planting the Filipino flag in as many countries in the coming years.” Being a $1-trillion economy with a population nearly three times that of the Philippines and a $5,000 per capita income, Liu said Indonesia has always been part of Penshoppe’s offshore expansion strategy.

In the Philippines, Golden ABC has about 600 stores employing over 3,000 people. The flagship Penshoppe brand has 300 stores in the Philippines. The next-biggest brand is Oxygen, which has 100 stores. Other brands in the retailing group are ForMe, Memo, Regatta, Tyler and its direct-selling subsidiary Red Logo.

Overseas stores currently number 12, which will increase to 30-40 by 2013, according to Liu. Penshoppe is now present in Saudi Arabia, Bahrain and United Arab Emirates, and it also operates stores in the cities of Jeddah, Riyadh, Al Jubail, Al Khobar, Dammam, Manama and by next month, will open its first store in Dubai.

Liu’s ambition is to eventually grow the international business so that it would be larger than the local business, similar to the business model of Spanish retailer Zara.

With its franchise deal, Penshoppe becomes the first Asian brand to be carried in Indonesia by the publicly listed MAP group, which has a portfolio of over 100 lifestyle brands from around the world.

“Asian brands are just as good as the Western brands. If they have the capability and desire to elevate their standards to become one of the best in the world, then they should be treated equal to Western brands,” said Agus Gozali, president of MAP group’s PT Prima Mode Indonesia.

“We believe Penshoppe is such a brand. It is a fast fashion brand with great up-to-date styles and product design. Its stores provide its customers with world-class shopping experience,” he said in a statement.

PT Prima Mode was created by MAP group for the sole purpose of managing Penshoppe’s retail operations in Indonesia.

Read Next
Peso falls as PH neighbors, China slow down
EDITORS' PICK
IATF to LGUs: Issue ordinances vs attacks on frontliners, COVID-19 patients
Diokno to Duterte: OK to make fun of buck tooth, but focus on people’s needs first
10 Filipinos positive for COVID-19 in UK, 7 in Ireland — envoy
Nograles: Cabinet members to donate 75% of monthly salary to aid COVID-19 fight
Robredo spox thanks Duterte for defending VP’s efforts vs COVID-19
Quick chat with Nicole Andersson: ‘You really don’t need much to be happy’
MOST READ
Coronavirus hotbed Rizal to shut borders on April 6
ADB warns PH against prolonged lockdown
Gov’t mulling quarantine period extension of 15-20 more days
‘Money Heist,’ ‘Tales from the Loop,’ ‘Killing Eve,’ ‘Never Have I Ever,’ ‘After Life’: Five not-to-be missed series this April
Don't miss out on the latest news and information.